Zarkane was a disgraced sorcerer back in Petra. He had a bad reputation and nobody wanted to work with him, so he made an escape to Elektra after hearing that there was big money in the supervillain business. He went there looking for Malairion's mentoring, but when he arrived, Malairion had already fled Elektra with his father, so Zarkane is now wandering the streets of a planet unknown to him, trying to make it as a villain on his own.

Zarkane is a Magic Attacker with Bane, random debuffs, and random Torture skills. 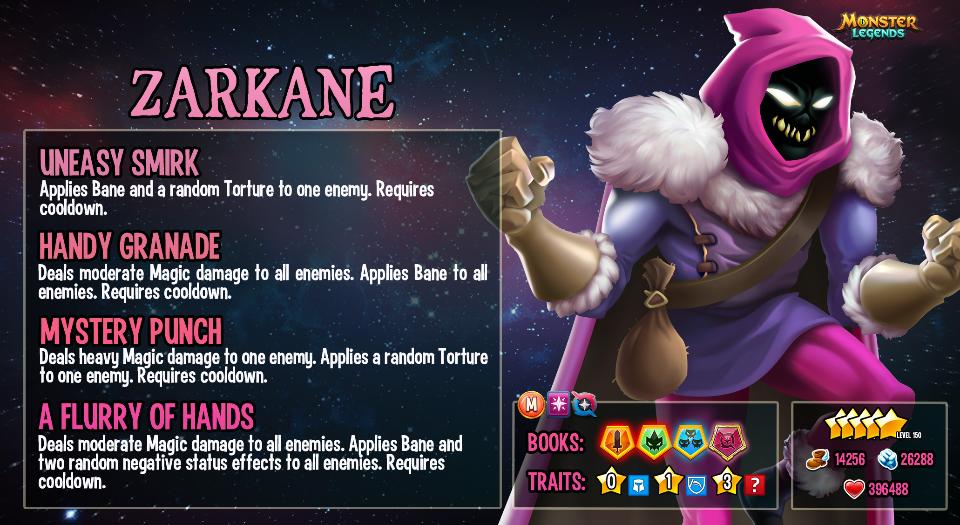 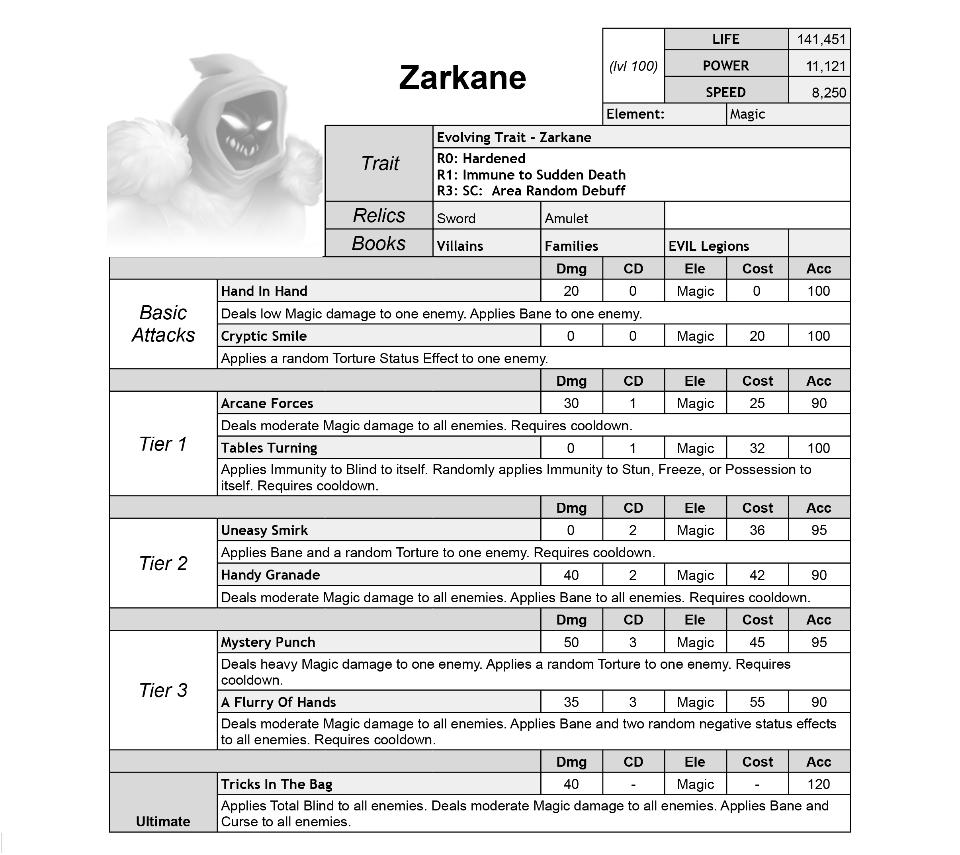