Malairion, or, back then, Malair, kidnapped Dusk Aura and took her under his wing when she was very young, with the sole goal of hurting her sister Lux Aura, who had just joined the team of Superheroes in charge of protecting Monstown from Supervillains like himself. He trained Dusk Aura in the Supervillains Hideout, but never really gave her the chance to shine and prove powerful, so for years she remained in the shadows.
She always thought that her sister had abandoned her, mostly because that's what Malair told her, but also because he did a great job keeping her from finding out that Lux Aura had been desperately trying to communicate with her. Dusk Aura became bitter about family and remained loyal to Malair, even if he didn't value her.
After Malairion's great project debacle with The Dome and the Nebula Multiplier, Dusk Aura and most of the Supervillains were left on their own, keeping a low profile without their leader, who fled Elektra along with his father Malfeitor.
When Dusk Aura least expected, she was contacted not by Malairion, but by Malfeitor, who told her that he saw value in her and, to back his words, he transformed her into a more powerful version of herself: Nuke Aura. However, Malfeitor's intentions were quite suspicious. He gave Nuke Aura a mission that sounded a lot like a death trap.
Will Nuke Aura stay loyal to Malairion and Malfeitor or... will she use her new powers to truly transform her life and reclaim her freedom?
Nuke Aura is a Dark Support monster with Healing, Reverse Healing, and Positive Effect Removal skills.
Evolving Trait:
Rank 0: Immune to Possession
Rank 1: Hardened
Rank 3: Status Caster - Gains Immunity to Torture at the start of the battle 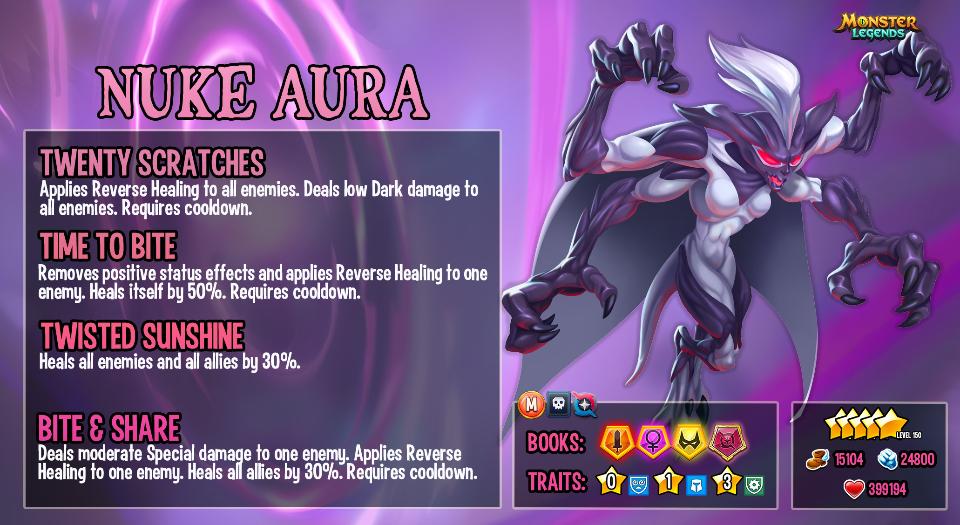 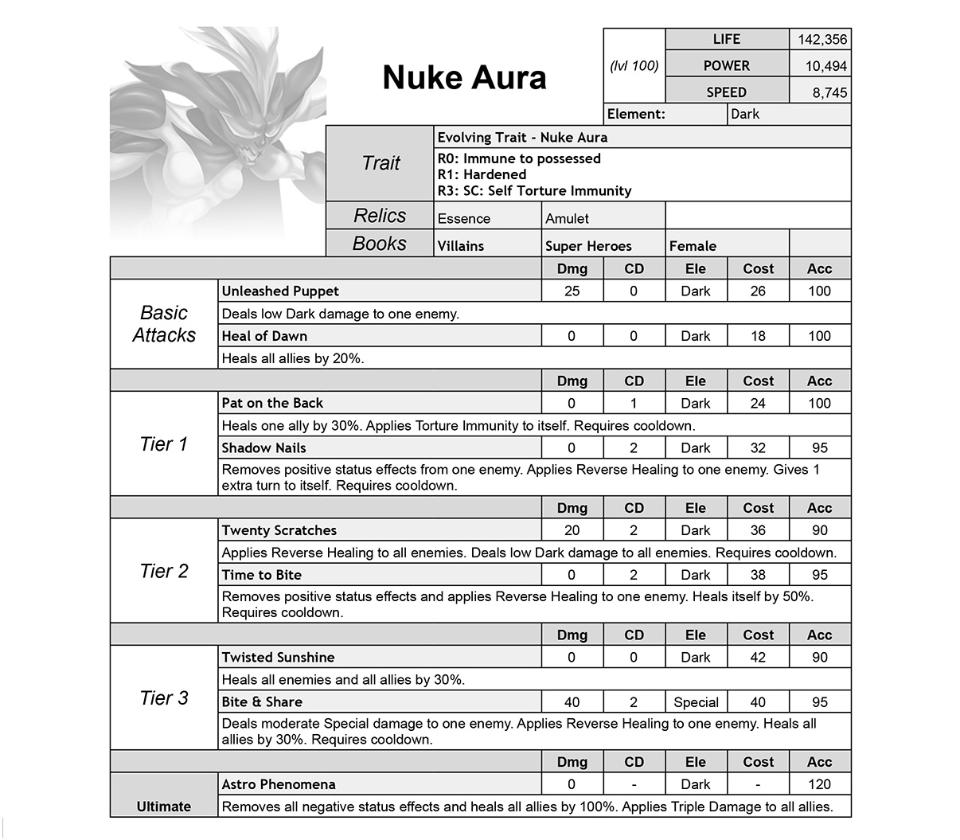