MC Boss had held all types of artistic jobs — DJ, rapper, breakdancer,... until he found his true passion as a radio host. In his radio show there's time for the best beats, but also for calls and conversations, so he's sort of become the voice of the people for Monstown Citizens.
It's not entirely clear how MC Boss transformed into Boss DaRex. What is clear, though, is that he was the right monster to lead the Citizens into action when Abominations unleashed chaos upon Monstown and the Superheroes were trapped in the Supervillains' Hideout.
This time, Citizens will save themselves AND the Superheroes!
Boss DaRex is a Thunder and Light Tank with MegaTaunt, Shields, Blind, and Daze skills.
Evolving Trait:
Rank 0: Hardened
Rank 1: Taunt
Rank 3: Tough
Rank 4: Status Caster - Gains a 50% Shield at the start of the battle
Rank 5: Status Caster - Gains a 50% Damage Protection at the start of the battle 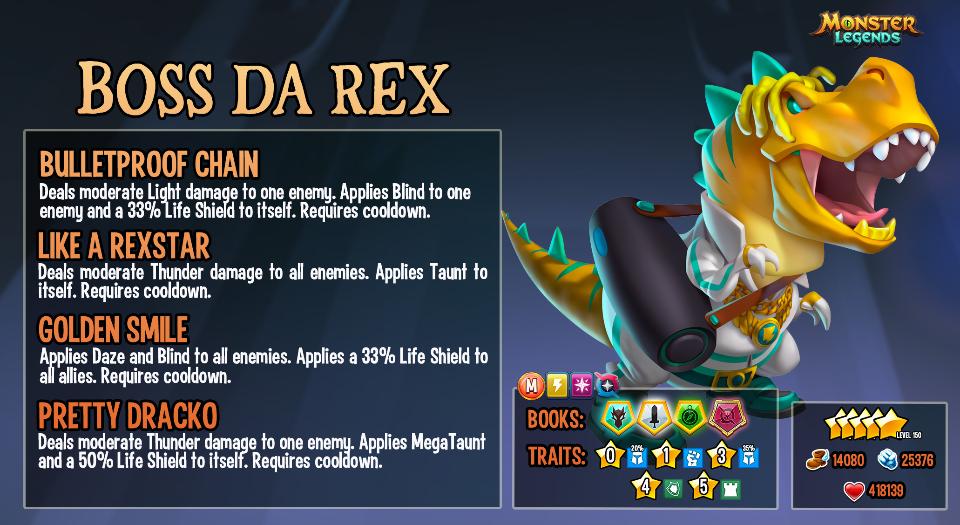 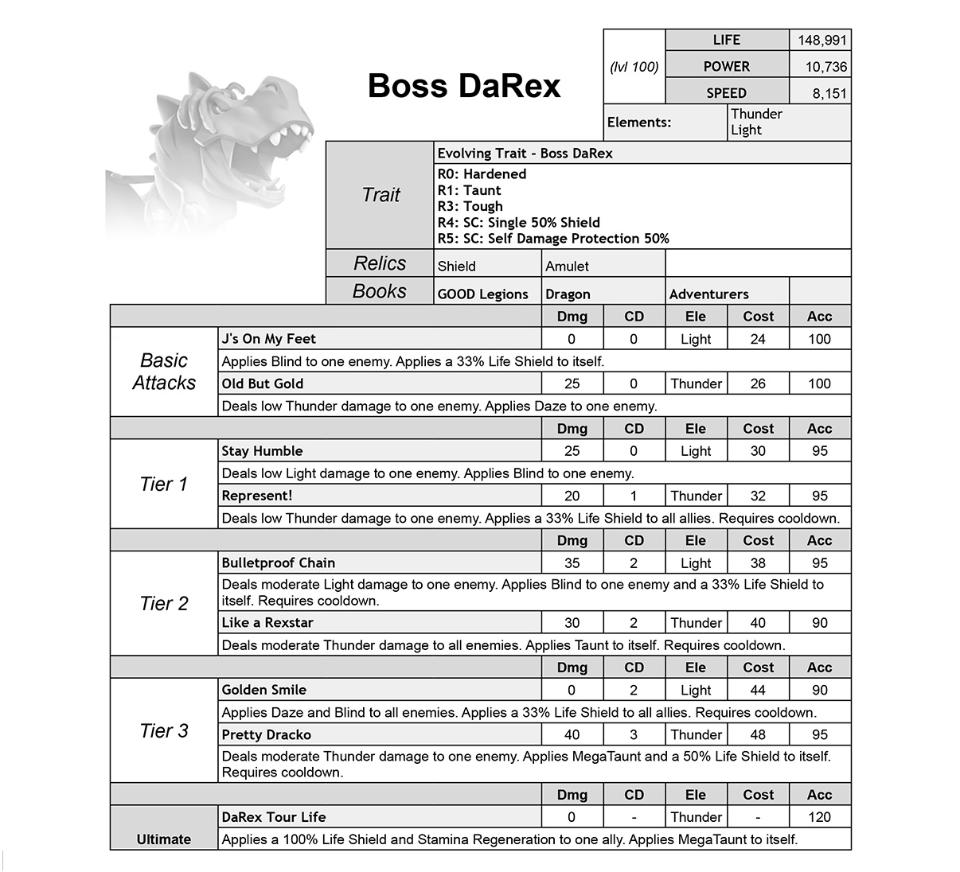