When Malairion started wiping out every green surface in Elektra, Emerald Nathura teamed up with Ingenica to create a sensible robot who could hold and protect a small biosphere. They called it Robo Tito and launched him into space with a tracker. That way, had Malairion gotten away with his evil plans, there would've been a way for Emerald to retrieve Robo Tito from outer space and use the biosphere inside him to restart green life on Elektra. Luckily, when Emerald Nathura and the other superheroes managed to stop Malairion, there were still some parks and forests that they could use to reproduce and repopulate all over the planet.
However, the consequence of this happy ending was that everyone forgot about Robo Tito. His battery died and, for a couple of months, he floated around space aimlessly. The biosphere inside him was starting to die too, since his system was no longer feeding and protecting it. And then it happened. Robo Tito's dead shell collided with a rogue piece of Astronite and was resurrected with new strength! Now his battery never runs dry and the biosphere inside him is as green and alive as ever. Long live Robo Tito!
Robo Tito is a Nature and Thunder Support with Damage Boosts and extra turn skills.
Evolving Trait:
Rank 0: Tough
Rank 1: Immune to Control
Rank 3: Immune to Bleed
Rank 4: Status Caster - Gains a Pyrophobic Shield at the start of the battle
Rank 5: Status Caster - Applies a random Element Weakness to all enemies at the start of the battle 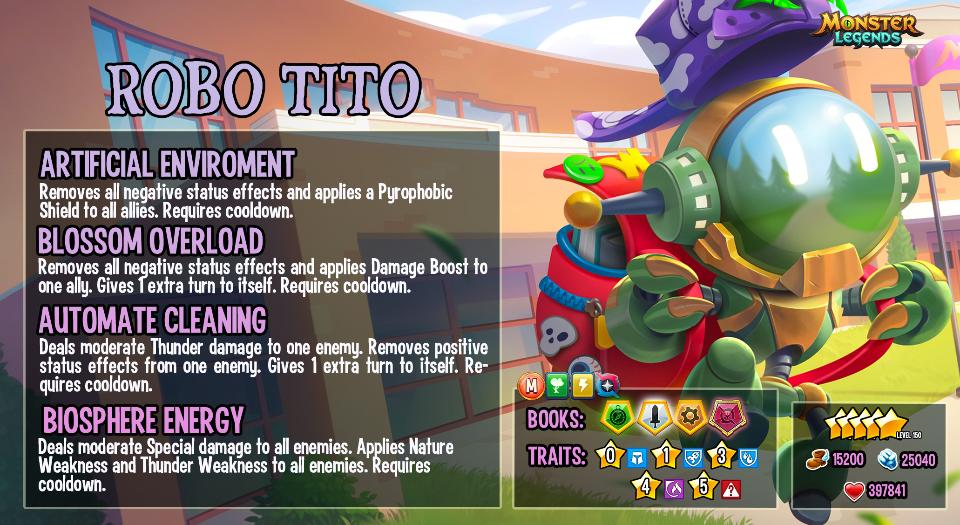 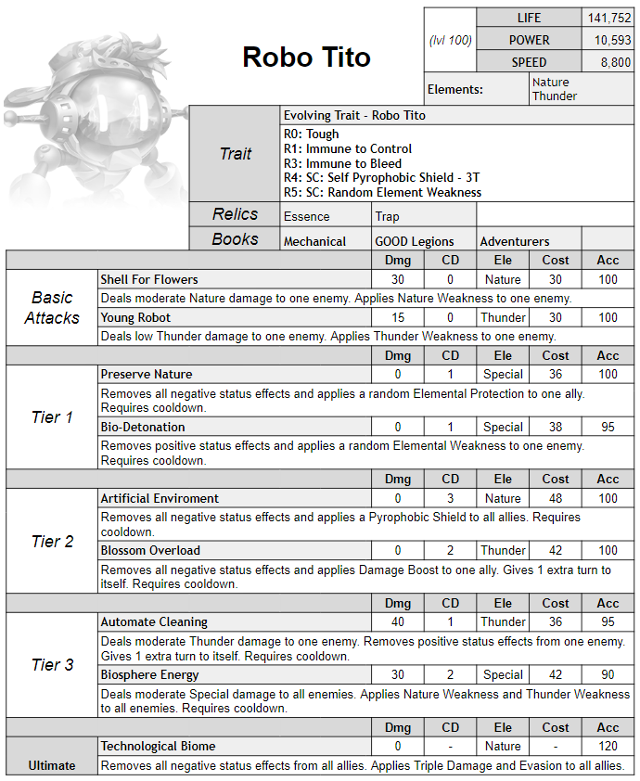