Koi was born inside a fish tank at Kihaku's house. He was so fascinated by the master's skills that, one day, he jumped out of his tank to join his practice. Kihaku thought it had been an accident and put him back in the tank. However, after Koi did it for the first time, Kihaku finally understood what the little fish wanted.
The master helped Koi learn to breathe outside the water and as he grew bigger and stronger, he started teaching him his combat secrets and skills too. When he was ready to fight, Kihaku gave him a stage name, "The Koi Boy", and guided his first steps as a fighter.
The Koi Boy is now a professional fighter. He hasn't forgotten Kihaku or his days in the fish tank, though. There wouldn't be The Koi Boy if there hadn't been a little fish called Koi in the beginning.
The Koi Boy is a Water Tank with MegaTaunt, Damage Protection, Drowned, and Freeze skills.
Evolving Trait:
Rank 0: Hardened
Rank 1: Immune to Cooldown Activations
Rank 3: Status Caster: Gains MegaTaunt at the start of the battle 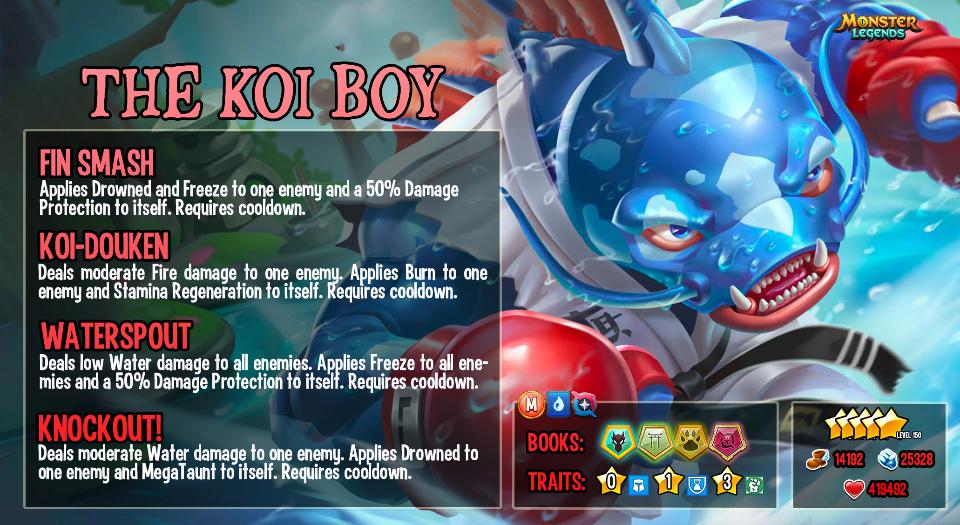 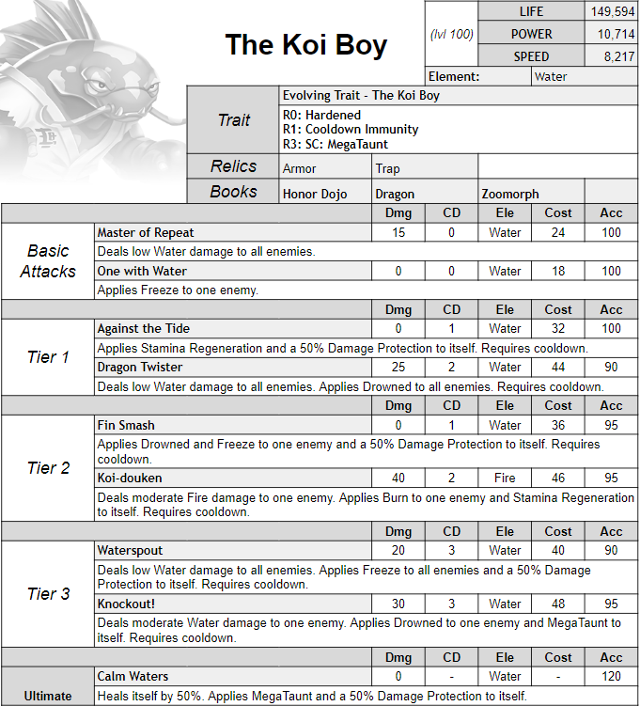