Queen Luthien was always a fervent servant of destiny. She reads its signs well, too. She knew it was her destiny to be the Elf Queen along with her husband Daeron many years ago. She knew when it was time to settle and build a kingdom after some time traveling around Petra. And lately,  she had felt destiny had something new in store for her.
Again, her intuition was right. She was walking around the Royal Gardens when she stumbled upon her destiny in the shape of an Astronite stone. It was wrapped in a piece of paper with a message. She'd been chosen to lead the fight against the Abominations in Petra, and, once again, Luthien embraced her destiny.
Empress Luthien is a Light and Water support with Death Countdown, Evasion, Sunburn, and positive and negative effect removals.
Evolving Trait:
Rank 0: Dark Protection
Rank 1: Immune to Nightmares
Rank 3: Status Caster - Applies Immunity to Possession to all allies at the start of the battle 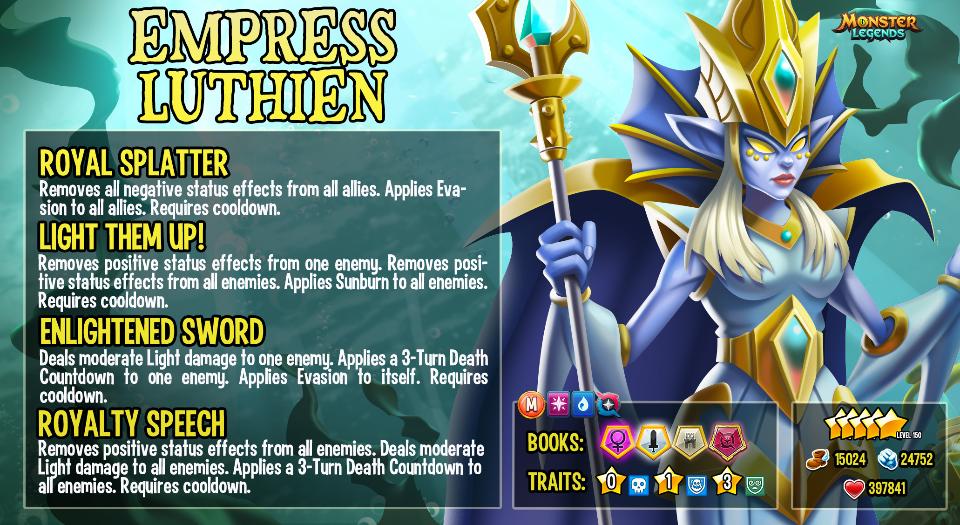 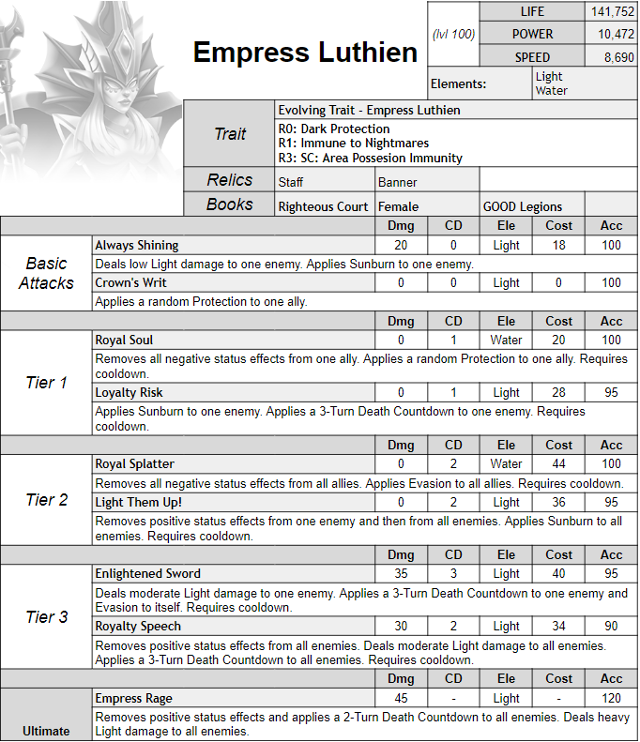