The other members of the Adventurer’s Guild found it frustrating to work with Slothunder at first because he insisted on taking his time and thinking through every new situation they encountered. He would often fall behind and slow the others down on expeditions. But one day, that changed.

Slothunder and his teammates were exploring an ancient ruin when he got separated from the group. They pushed forward, but without Slothunder there to guide them, accidentally triggered a hidden switch on their way into a room. By the time they realized the ceiling and walls were moving closer, it was too late to get out! The adventurers started to panic, sure that they were going to be crushed to death.

But suddenly, the walls stopped moving. Then they sprang outwards again, crackling with bursts of electricity! The adventurers were shocked to see Slothunder standing in the doorway, looking pleased with himself. While they had rushed thoughtlessly ahead, Slothunder had translated the runes along the walls and knew the trap was ahead, and how to deactivate it. After that, his very grateful guildmates always waited patiently for Slothunder to finish his work, no matter how long it took.

Slothunder is a Thunder Tank with Shields, Shock, and Stamina Leak skills. 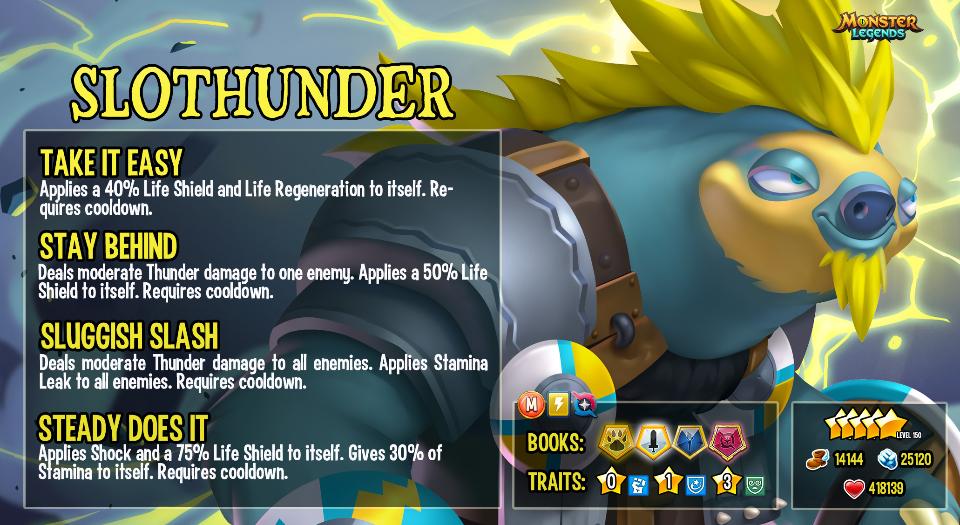 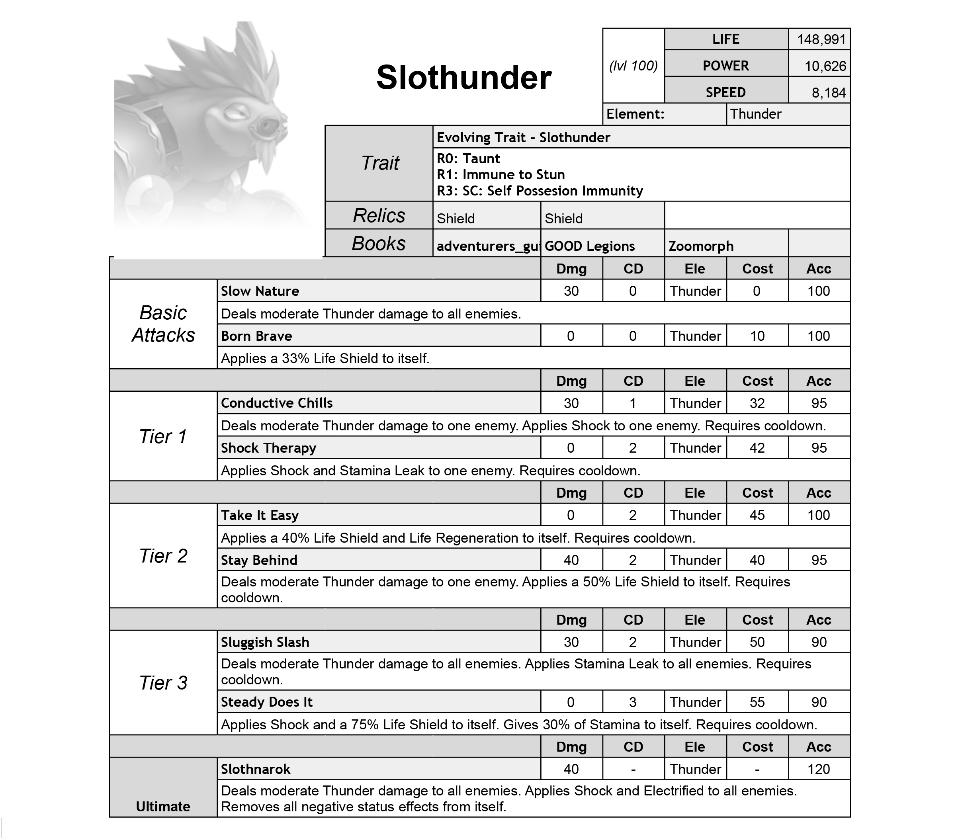