Back when Georgelato was trying to prove that he was the coolest guy in Monstown, he accidentally left part of his gooey body in a freezer. After discovering what excellent weapons old ice-pop sticks made, the blob named himself Fropsi, and set about taking charge of all the frozen food. This little blob of Georgelato was just as headstrong and determined as the rest of him, so it wasn’t long before he was the boss of that freezer, and eventually, he got bored. One night, when another monster opened the freezer to look for a snack, Fropsi burst out and made his great escape! Now he’s got an entire universe to try and become the boss of.

​​Fropsi is an Earth Tank with Quicksands, MegaTaunt, Damage Protection, and Healing skills. 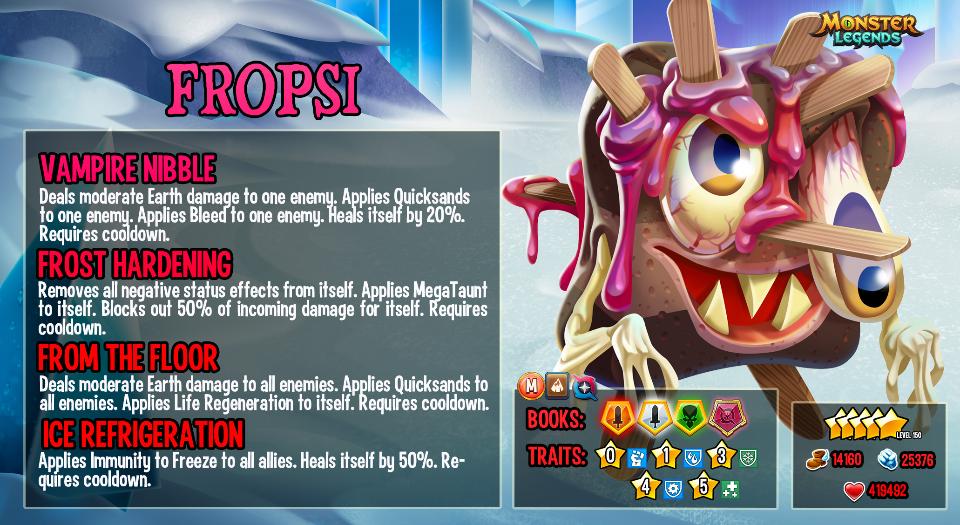 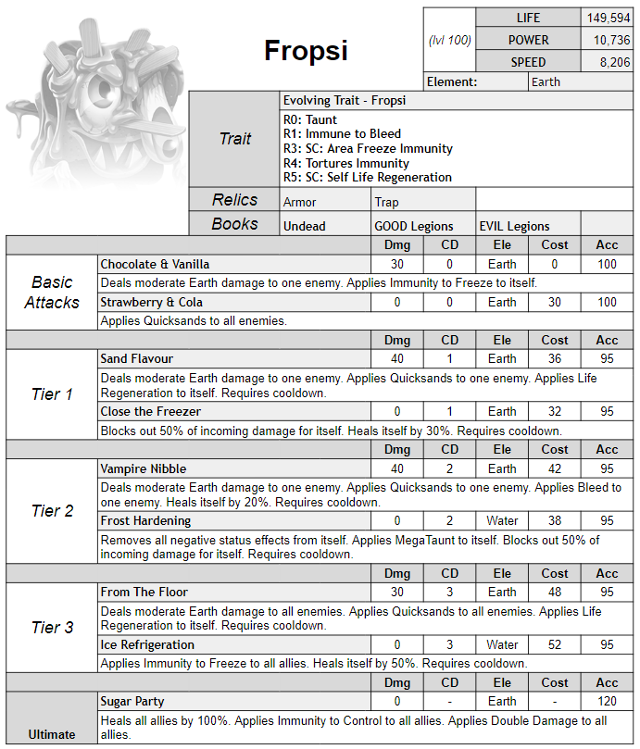