Despite having a history of collaboration and trust, relationships between the Celestial Paradise and the Light Kingdom haven't been the best lately. This fallout may have something to do with the fact that Lady Solaris and Inquisitor Fulmen, Elvira's representatives at King Daeron's court, aren't the most personable monsters around. She's a loose cannon and he's a control freak, so it got to a point where King Daeron asked to either have them removed from his court or supervised by another angel.
Elvira opted for the latter and sent Brother Tiberius down to the Light Kingdom. He was the perfect choice. Not only did he smooth things out between the angels and King Daeron, he also immediately proved himself useful at setting up the defenses of the Kingdom. Brother Tiberius is more than welcome to stay there as long as he likes.
Brother Tiberius is a Light Support with Elemental Protections, Weaknesses, Immunities, and Repentance.
Evolving Trait:
Rank 0: Immune to Blind
Rank 1: Celestial
Rank 3: Status Caster - Gains Torture Immunity at the start of the battle 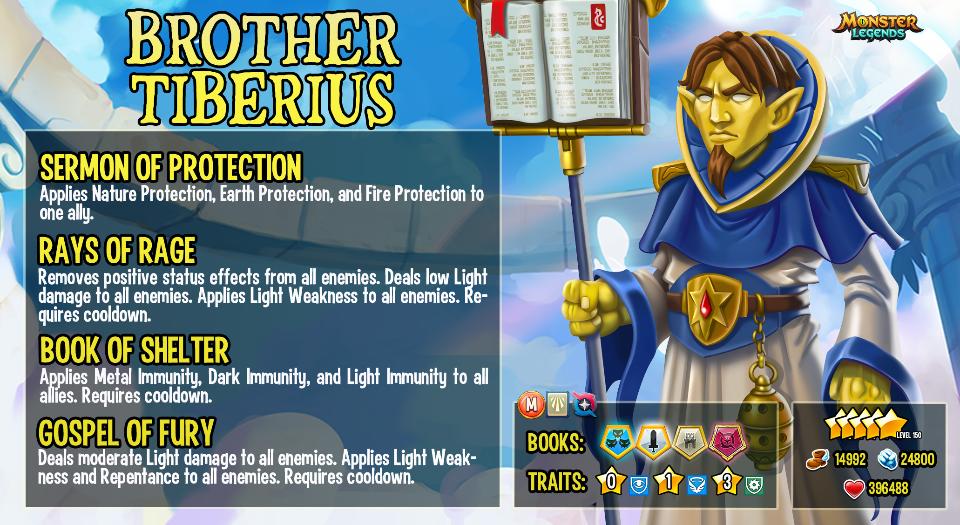 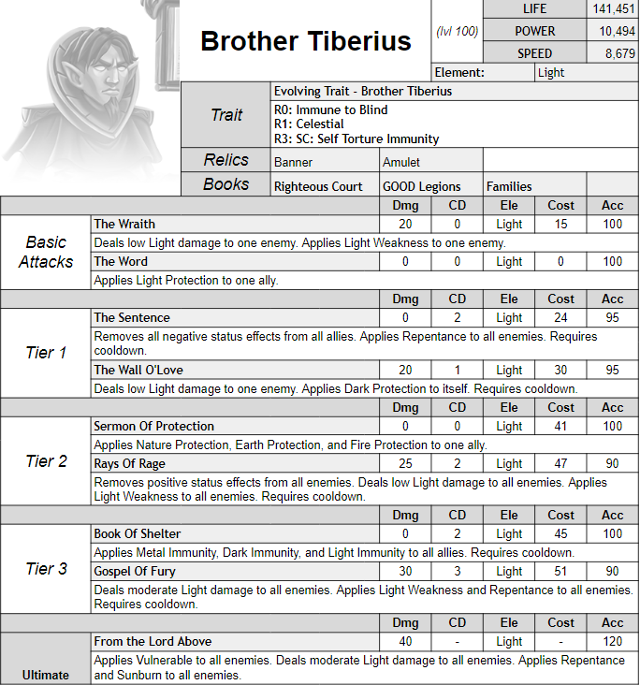