FaZe Rug enjoyed his time as a giant robot, but he missed driving around and playing pranks with his old clan. He found a scientist who figured out a way to un-fuse his body from his car, and the experiment was successful. Unfortunately, when FaZe Rug went to shake the scientist’s hand, he spilled a small beaker of concentrated fire magic. It got all over his hands and set them ablaze!
But FaZe Rug wasn’t bothered. He decided to take advantage of these awesome new weapons! After rigorous training from a mysterious wrestler, he could finally become an official crimefighter and go Pro. Now he uses his fiery hands to take out the bad guys—and to drive his new fireproof car.
FaZe Rug Pro is a Fire Attacker with Double Damage, Burn, Blind, and Fire Weakness skills.
Evolving Trait:
Rank 0: Immune to Sudden Death
Rank 1: Immune to Nightmares
Rank 3: Status Caster - Gains True Vision at the start of the battle 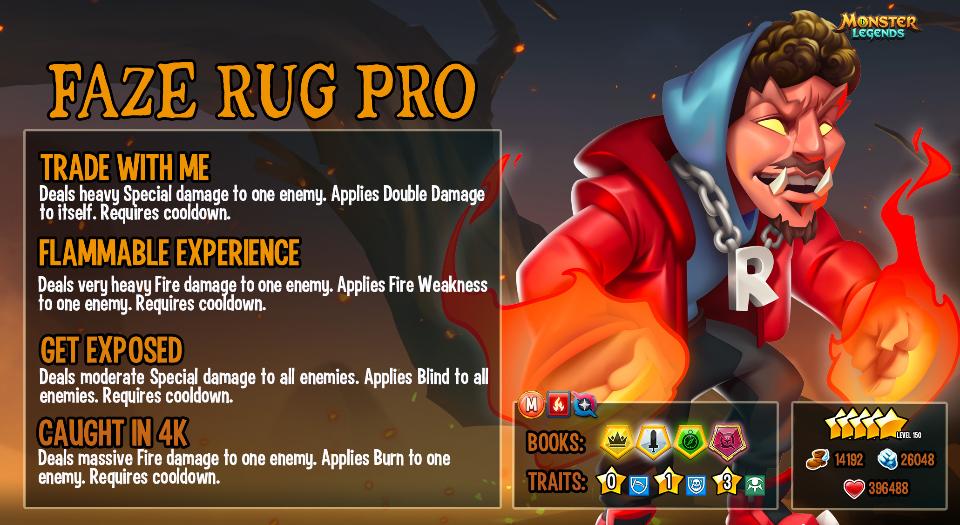 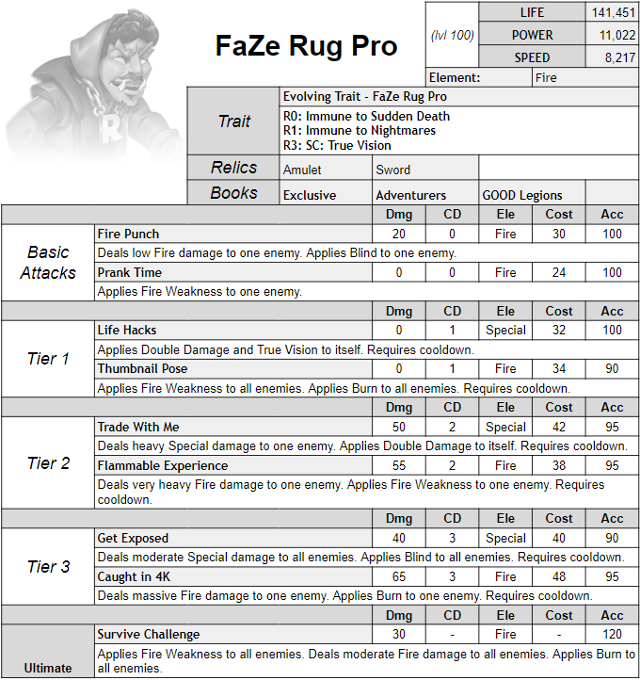