Privateer Morgan loved power. That's the main reason he stopped being a mercenary corsair and joined the Space Defenders, because he wanted to be the arm of the law! However, while most Space Defenders had the protection of the galaxy as their number one priority, he had always wanted more. It was the feeling he got from watching other monsters straighten their backs as they saw him. That's what did it for him.
So when his old archenemy Captain Copperbeard became Admiral Copperbeard and some other galactic monsters got power boosts too, you can imagine... he didn't like it. At first, he tried to stop them. After all, the Astronite they'd used to get their boosts should've been managed by the Space Defenders as protectors of the galaxy. However, when he saw that stopping them wasn't possible, he became obsessed. He needed to be above them again, not only in morality, but in power! So he did what he knew too well that he shouldn't have done: He took the only piece of Astronite that the Space Defenders had in their reserve and used it on himself, thus becoming commander Morgan.
Commander Morgan is a Thunder Attacker with Control Immunity, Double Damage, and Hater skills.\n
Evolving Trait:
Rank 0: Hardened
Rank 1: Immune to Shock
Rank 3: Status Caster - Gains Control Immunity at the start of the battle 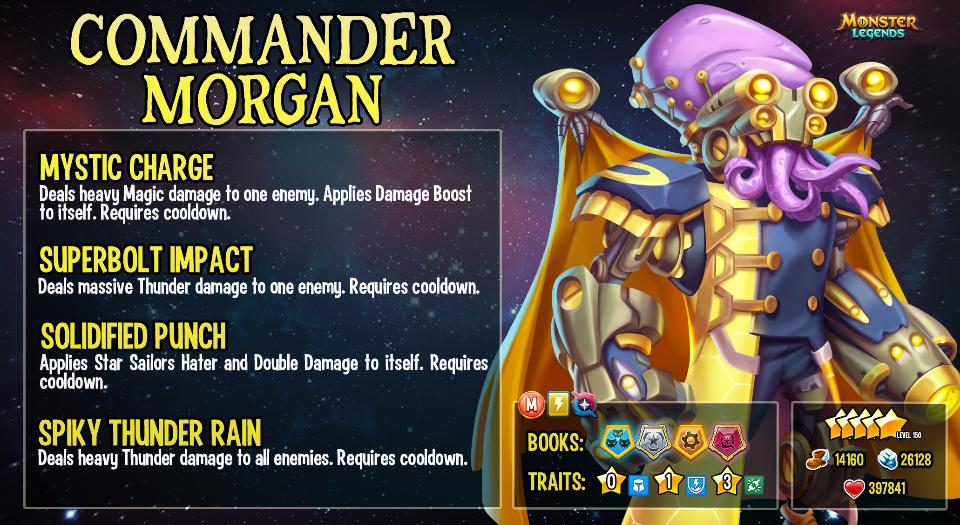 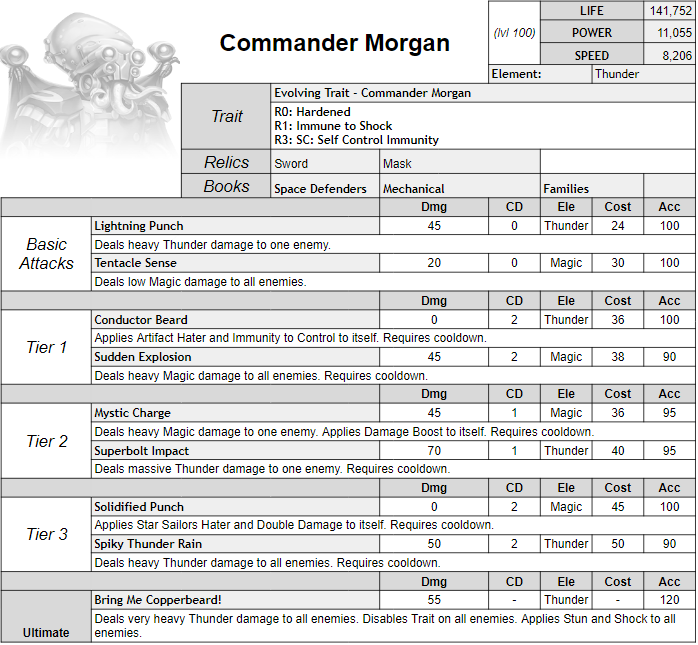