Meet Georgelato! He's the sweetest citizen of Monstown, or so he likes to think. He's also the coolest, and that may be true... Almost too cool, deadly cool, even. See, that's always been Georgelato's problem. The image of himself inside his head doesn't match reality. He always tries to be immensely nice and cool, but every time he tries to do something nice for someone else, he ends up brain-freezing them, which is most definitely not nice.

Georgelato is a Magic Support with Cold Blood, Random Buffs and Debuffs, and Positive and Negative Effect Removals. 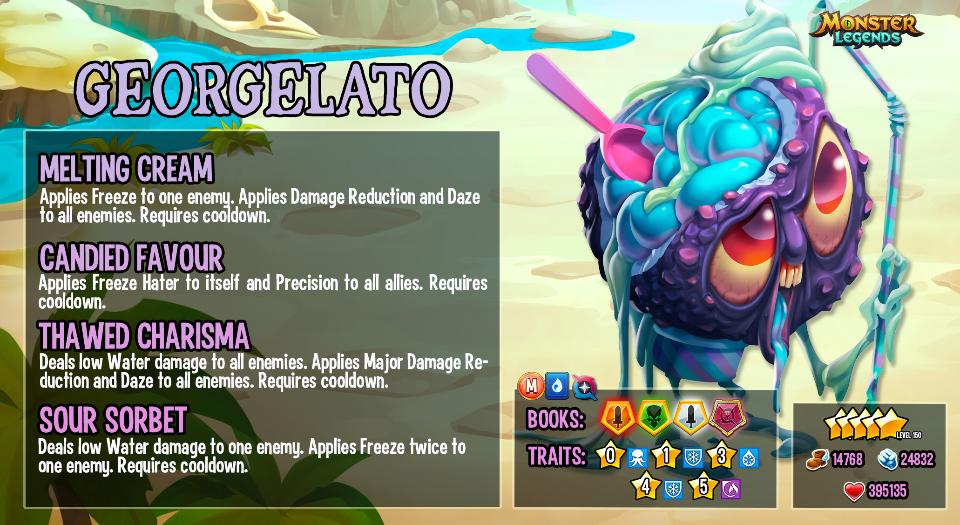 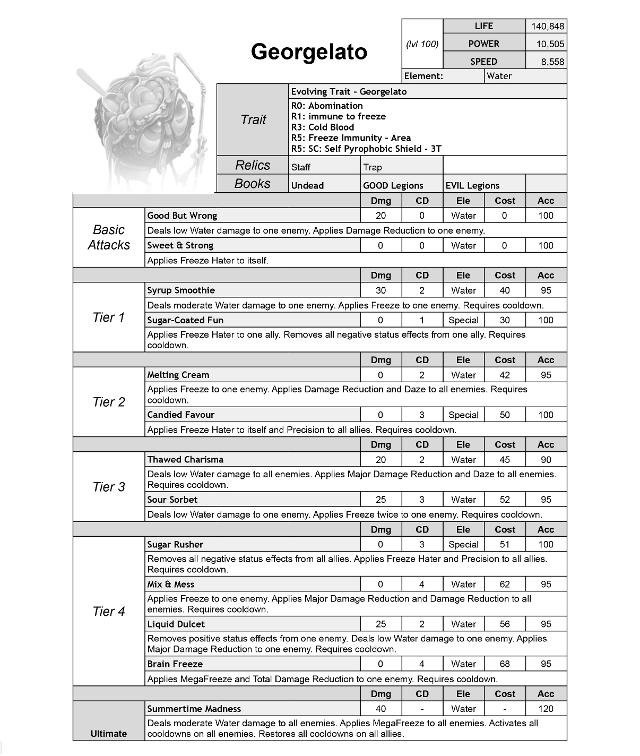