When she was young, Leonora had to work moving crates at the docks in Monstown. It was a tough life and days were long in an always cold and unpleasant environment. As she grew up and started a family, she vowed to give her son a better life than the one she'd had, so she did everything in her power to make her baby dog Al happy.

Al grew up healthy, happy, and successful. He called himself an entrepreneur from a very young age and always showed up at home with all sorts of expensive presents for his Mamma. Gossiping tongues spoke ill of him and said that he was making all his money through dirty business, but none of that could be true! He was still Mamma's boy.

Leonora never understood how a couple of big misunderstandings ended up with Al in prison, but even during that heartbreak, she always believed in him.

She was incredibly proud when the citizens of Monstown finally recognized his talent by making him the Mayor, but that happiness didn't last long, because someone — for sure someone jealous of her son's success, set him up again!

It's tough times for the Canine family, but Leonora has sworn that she will do anything necessary to clear her son's name!

La Mamma is a Water and Light Controller with Stun, Freeze, Boiling, and Drowned skills 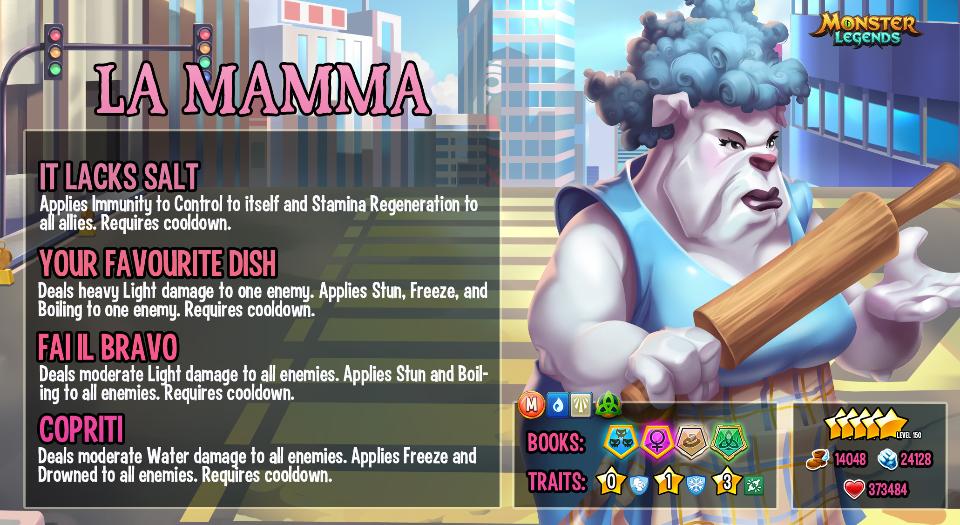 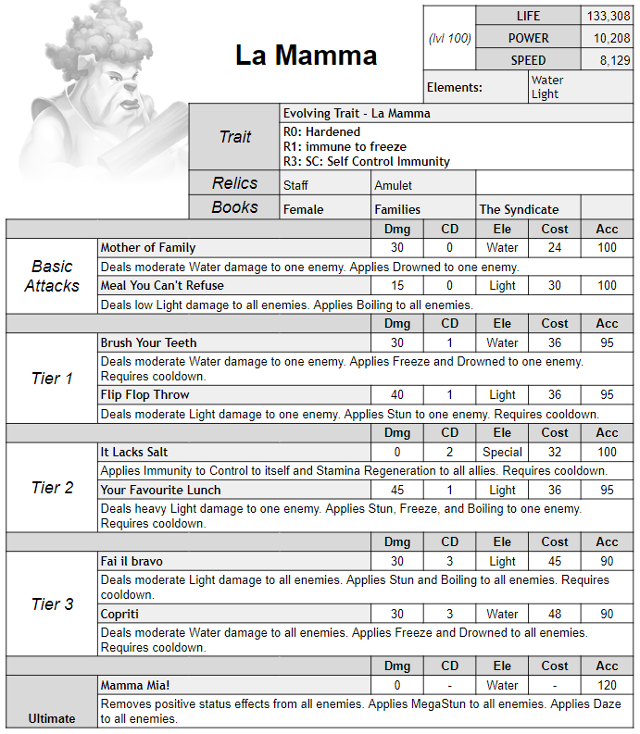