Oswald used to run with the Barbarians, where his terrifying tusks and heavy axe blade made him a very effective raider. One night, the Barbarians decided to attack the Forest and steal as many gems as they could. The raid went well, and the Barbarians ran away with almost more than they could carry…all except for Oswald.

The giant boar monster decided to add one final insult, and began chopping down ancient trees in the heart of the Forest. But, foolishly, he missed one swing of his axe and fell forward with such force that his axe cut deeply into his own belly and his tusks became stuck in the ground. Bleeding and frantic, Oswald called for help, but the Barbarians were too wild with greed and bloodlust to hear his shouts.

Mother Talika, however, did hear. She watched the helpless monster struggle for a few minutes before coming to him. Oswald squealed with terror at her approach and tried even harder to get away, but Mother Talika only laid her hand gently on his forehead. “Evil is what trapped you here,” she told him, “and here you will remain without my help. I can free you and heal your wounds, but only if you swear to turn your back on the Barbarians and serve me. Otherwise, I will grant you a quick death.”

With little choice, Oswald agreed to serve her. Mother Talika quickly closed the gash in Oswald’s stomach and pulsed healing energies through his body until he rose again, a changed boar, ready to fight for the side of good. 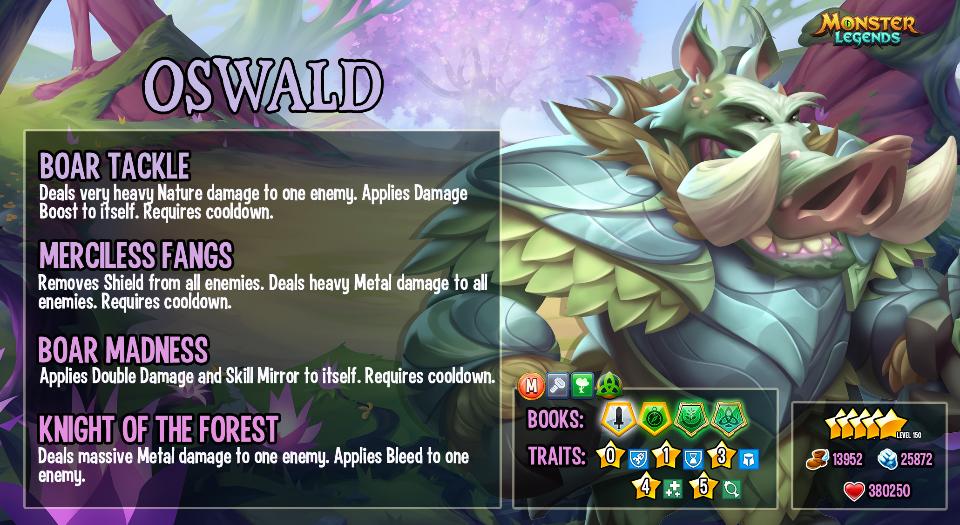 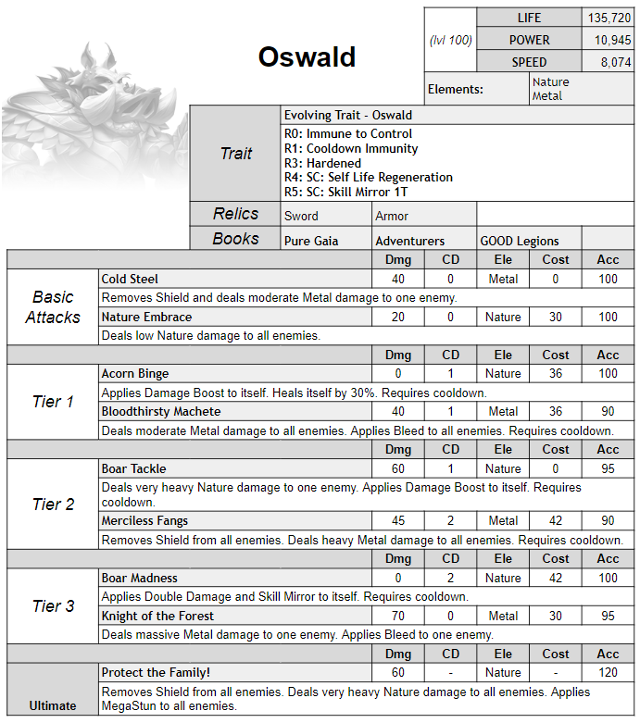