The battle between General Atum and Warthak was legendary, as every monster knows. But what many of them don’t realize is that the earthquake it caused was so massive that it actually brought giant chunks of ore from deep underground to the surface. The smaller pieces were cleared away, but one was too big to be moved by even the strongest monster, so it was left alone.

The twisted chunk of metal sat exposed and absorbing magic for a long time until one day it began to grow what looked like arms and legs, and then a face. Finally, it began to rock back and forth by itself! Other monsters gathered around in astonishment as the ore-creature opened its eyes and looked back at them, then stood up. He was huge and very strong, ideally suited for defense in battle. Since the new monster was unable to speak, his new colleagues named him Slab. They look out for him in exchange for his protection on the battlefield.

Slab is a Metal Tank with Stun, Skil Mirror, and Shield skills.

Evolving Trait:
Rank 0: Taunt
Rank 1: Immune to Control
Rank 3: Status Caster - Applies a 50% Life Shield to all allies at the start of the battle 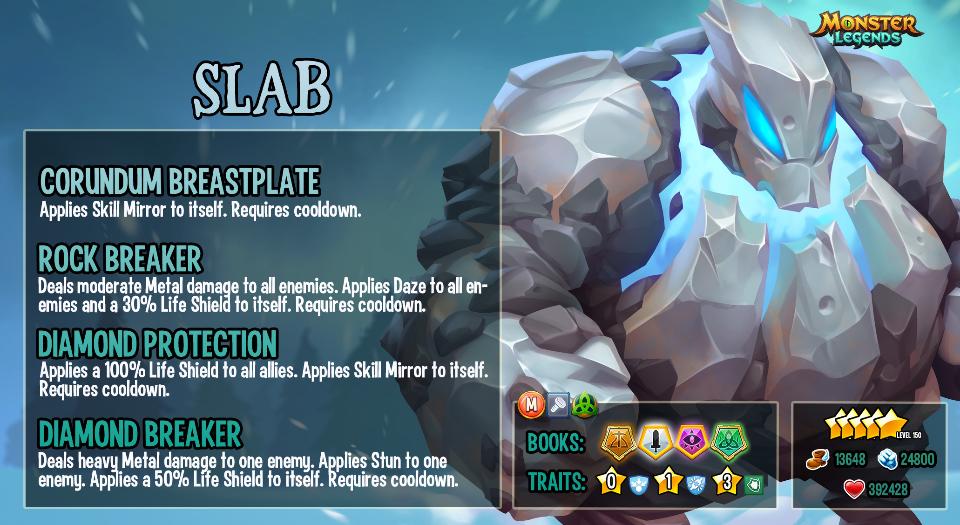 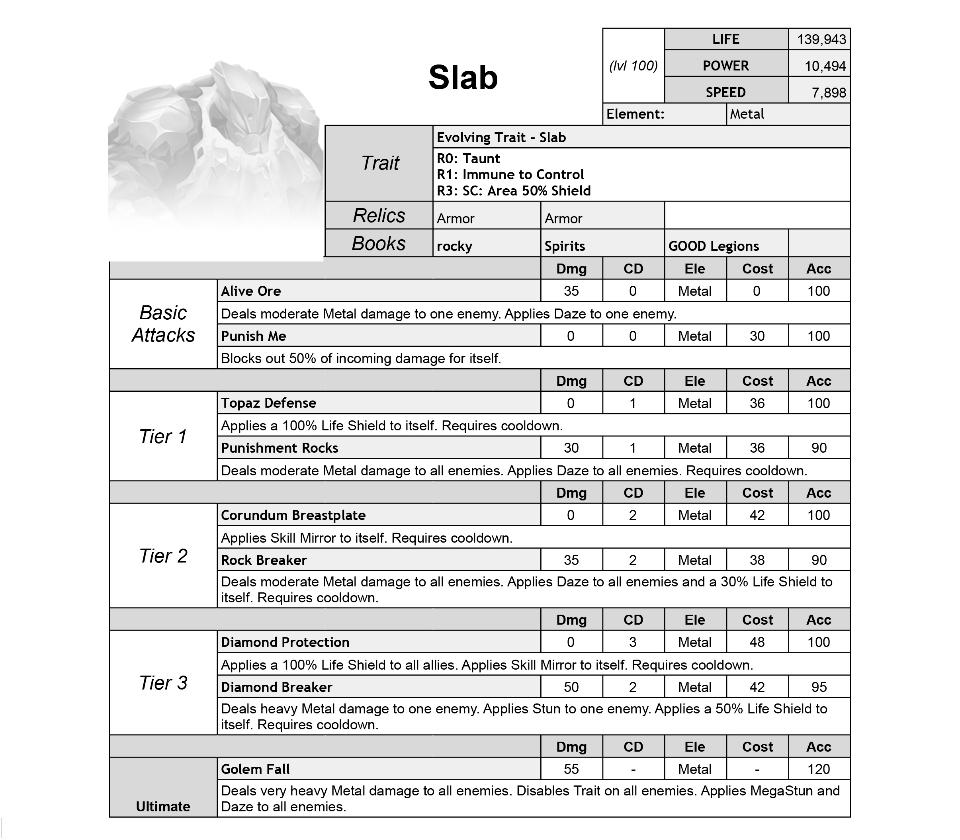