The ultradimensional Abomination called Brainlodon isn’t just a monster—they’re a floating databank that contains all the knowledge in the universe. Other Abominations frequently consult them for tips on the best (and most terrifying) ways to hunt and kill other monsters.

But Brainlodon isn’t a passive creature by any means. Their grotesque body is crowned with wicked bone spikes to protect its many horrible secrets, which can double as weapons if needed. Brainlodon also has many long, strong, and fast-moving tentacles, which can send supportive energies to any of its allies and make them stronger on the battlefield.

Brainlodon is a Magic Support with Triple Damage and Possession skills. 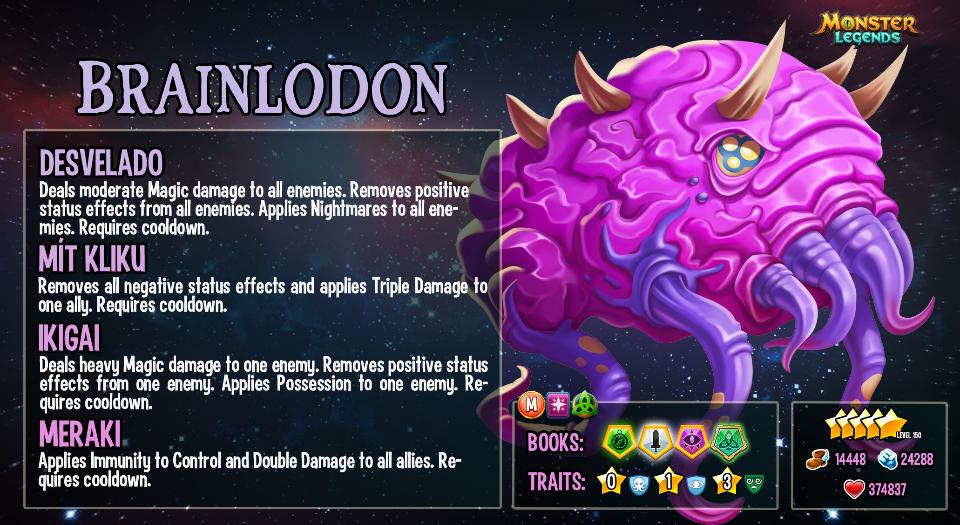 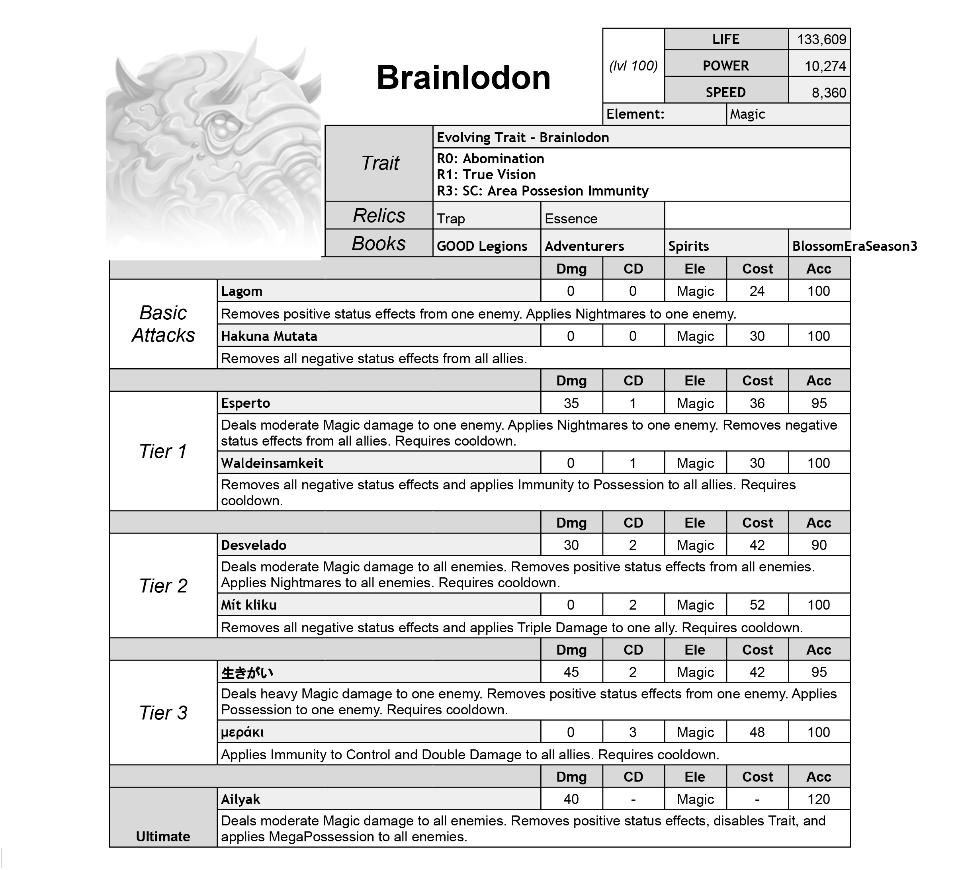