Dr. Wattz has a lot of failed experiments, as every good scientist does. But none failed quite as spectacularly as the monster known as “Forge Labs.” While experimenting with a new synthetic formula for Mythic Amber, Wattz decided to see what happened if he added Nature magic to it. But when he placed the crystallized Nature in the beaker, it reacted with the fake Mythic Amber and brought the beaker itself to life!

At first, Forge Labs was content to be studied and used in experiments, but once it realized Wattz wanted to use it for horrible, evil experiments, it deliberately short-circuited the doctor’s entire lab and quickly ran off. 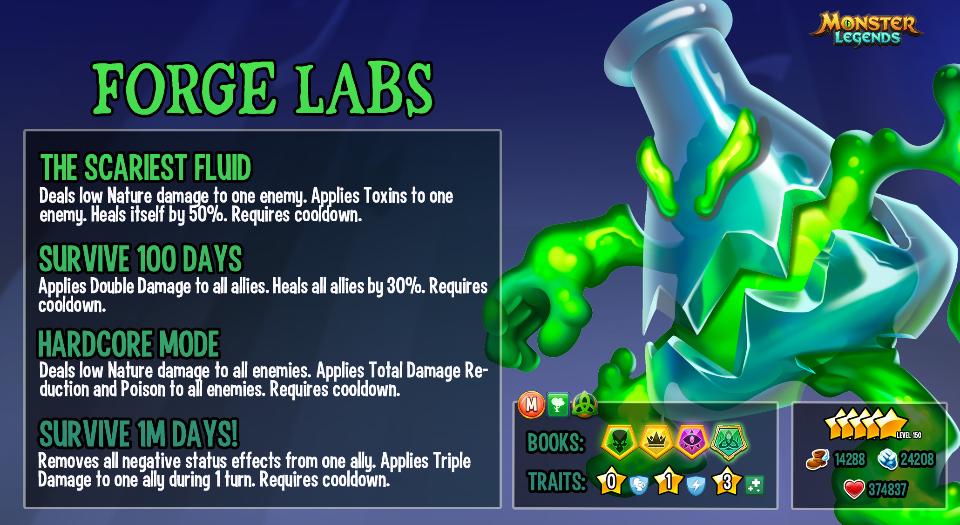 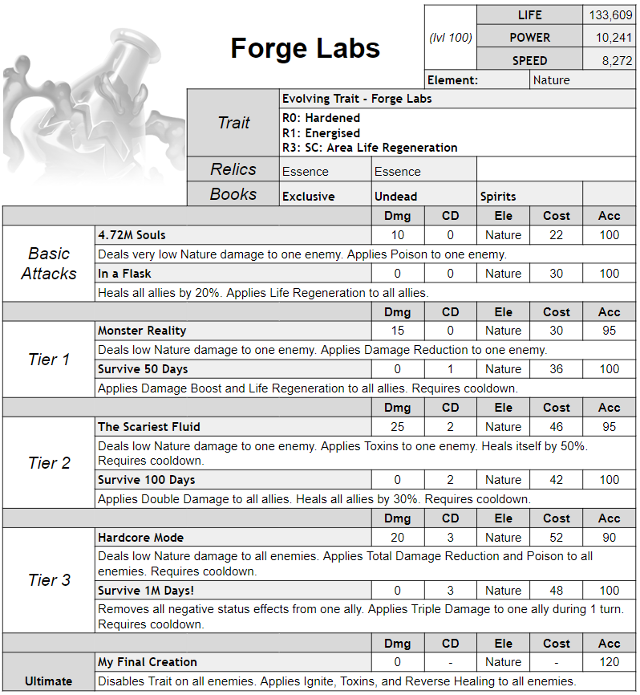