It could seem like everything touched by Nectar is beautiful, but this might not be the case. Tuberkhan had lived underground his entire life and he was bored to death, but one day, as he was stretching his roots, he touched something hiding next to him under the soil. It was a Nectar plant. It was so sweet and addictive that once he'd come into contact with it, he absorbed as much of it as he could... until he transformed!

Now Tuberkhan is a bit too big to lie beneath the soil. A bit too aggressive too.

Tuberkhan is an Earth and Nature Control with Roots, Cooldown Restoration, and Stamina increase skills. 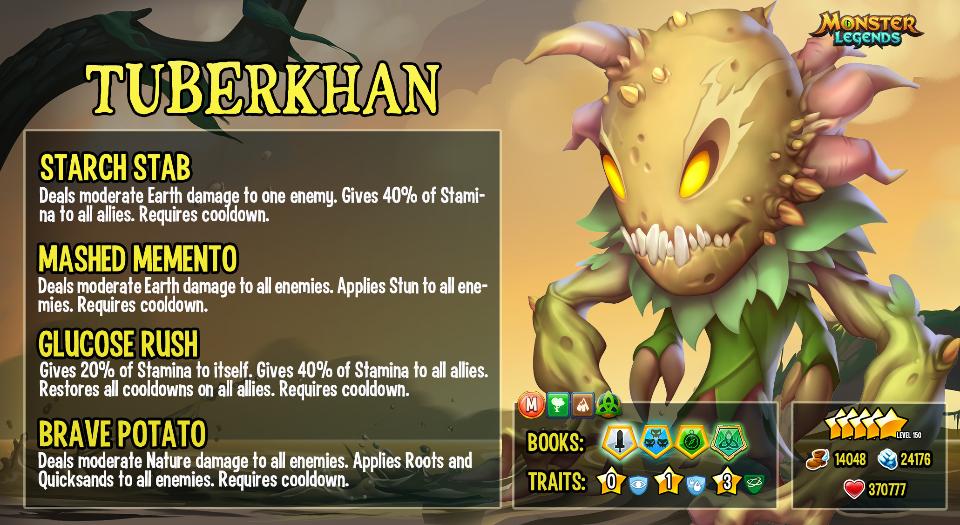 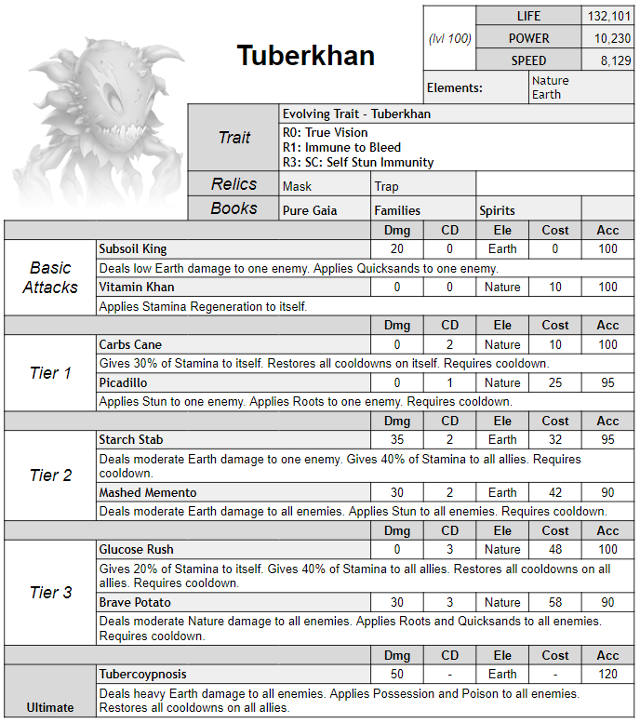