Serpentex is only interested in two things: taking out bigger monsters, and collecting bounties on their heads. Since he specializes in hunting Abominations, Serpentex designed a body-mounted laser gun that not only neutralizes his prey, but poisons them, making them unable to move or fight back. It’s a quick job to then scoop them up and deliver them after that. The Abominations are usually a little singed by the time they get to their destination, but still alive—it’s more fun for Serpentex that way.

Serpentex is a Light and Fire Attacker with Pierce, Poison, Burn, and Sunburn skills. 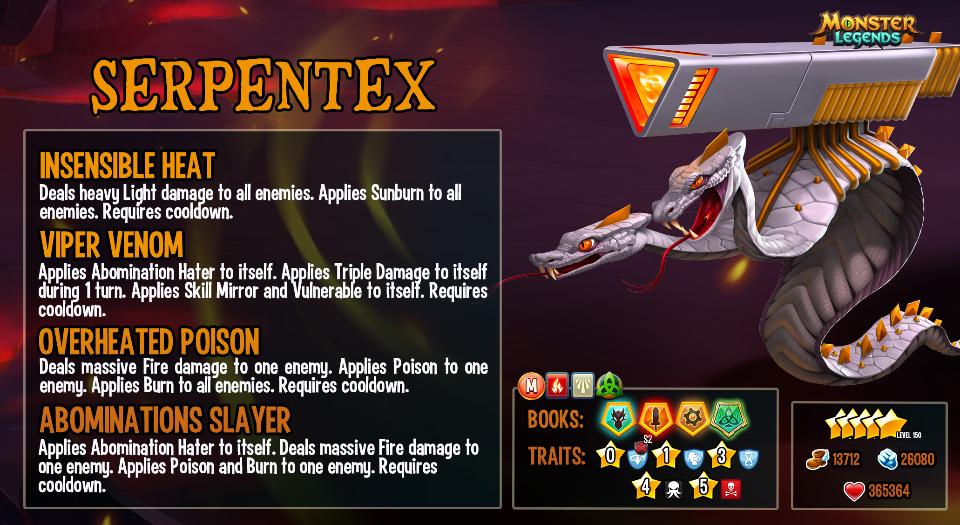 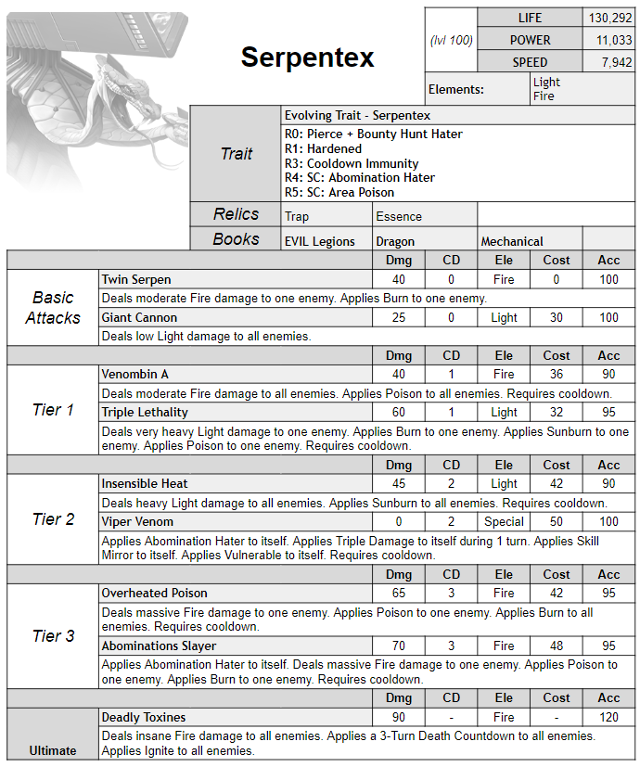