Almost as cute as she is powerful, Teddywave was originally part of a line of toys designed for “extremely active baby monsters.” She was only supposed to shoot harmless yellow sparks, but because of a mixup at the factory, Teddywave ended up with a military-grade thunder-powered stunner. While playing with a Teddywave certainly made life exciting, it also had the potential to make life pretty short, so she was quickly repurposed as a combat robot. The Space Defenders were only too happy to gain such a powerful—and cuddly—new ally! Teddywave still makes kids smile, but now it’s because she’s saving the universe.

Teddywave is a Thunder Support monster with Pierce, Shock, and Electrified skills 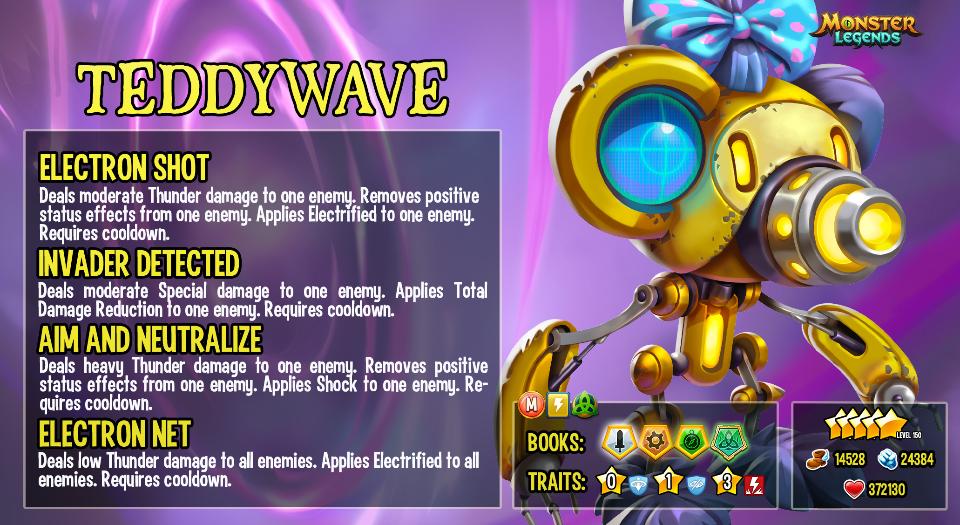 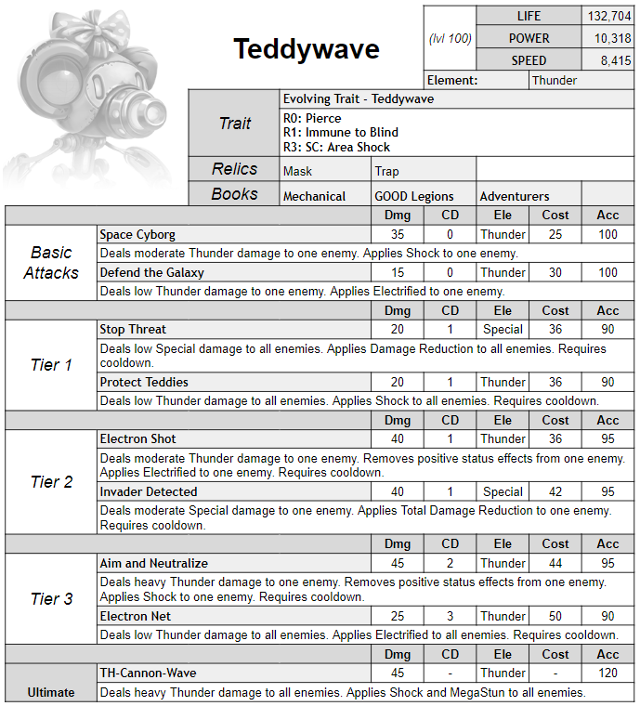