Roborabbit and her thousands of identical siblings were created specifically for finding Easter Eggs in the darkness of space. However, Roborabbit’s owner enjoyed tinkering with her programming, and after a while, Roborabbit gained sentience. This made her the fastest and most effective egg-bot in the universe. Roborabbit and her owner even won the Galactic Easter Egg-Hunting Championship! Roborabbit’s owner was so happy, she gave Roborabbit half her winnings. They worked as equal partners for many years after that.

However, Roborabbit eventually split from her hunting partner and began traveling on her own, aiming to bring the joy of Easter Egg hunts throughout the universe and make sure everyone has fun! This way, she hopes to convince other space egg-hunters to start treating their Roborabbits as partners, so she can have more friends to hunt with. (Plus, all that chocolate is a huge bonus!)

Roborabbit is a Light and Thunder Attacker with Extra Turn, Sunburn, and Torture skills. 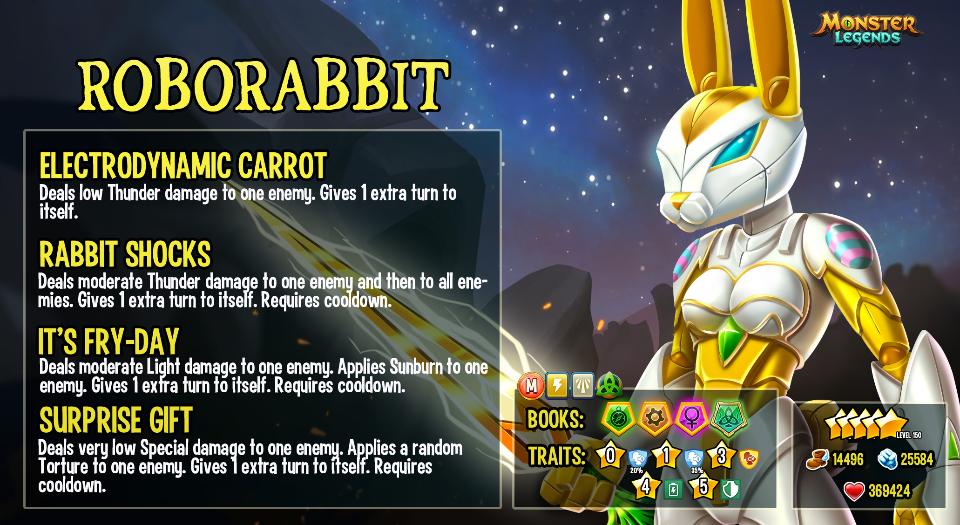 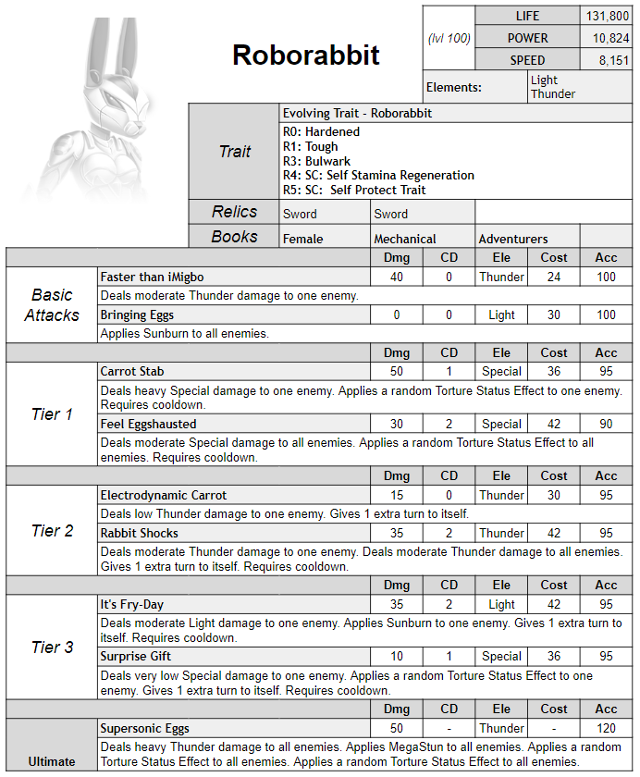