In ancient times, Murk lost a battle against Frazerot, the powerful Ice Magician, and was frozen to the side of an ice mountain as punishment. Over time, the ice built up and formed a diamond-hard shell around him, making it impossible for Murk to move. He remained trapped there for centuries, raging silently in his heart and longing to be free.

As Vadamelter and the other volcanoes became more active, many of the ice mountains started to melt. Murk opened his eyes one day to see that the ice holding him prisoner was evaporating, and he knew his time had come. He summoned the last of his remaining strength and was able to smash himself free! Now Murk is finally free to roam the realms, seeking to enact justice against the mage who entrapped him. Revenge is a dish best served frozen.

Murk is a Dark and Water Controller with Freeze, Nightmare, Evasion, Life Regeneration, and Possession skills.

Evolving Trait:
Rank 0: Immune to Freeze
Rank 1: Blocks Resurrections
Rank 3: Status Caster - Applies Nightmares to all enemies at the start of the battle 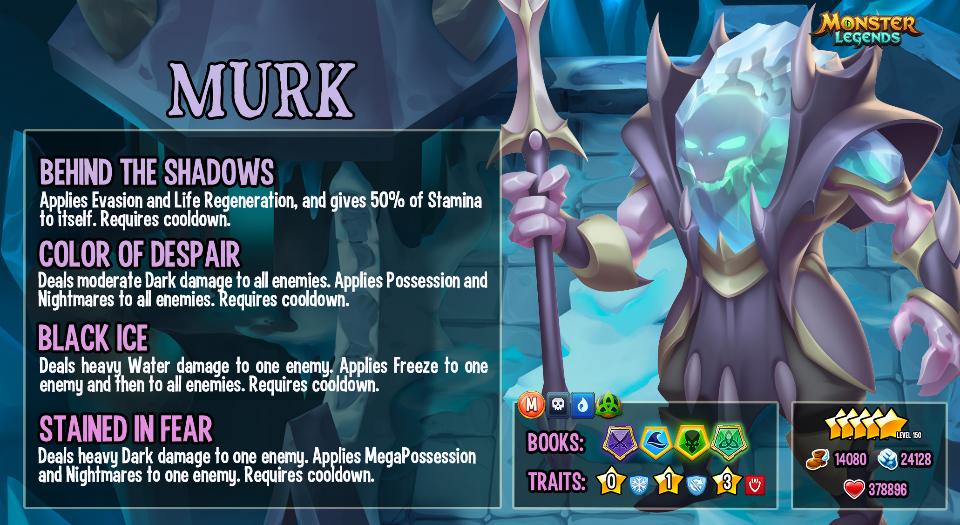 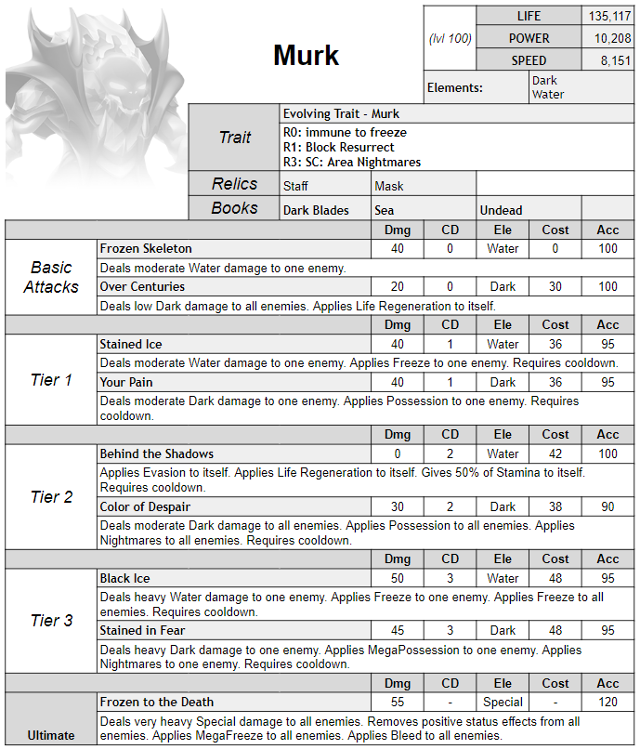