Some people are born into greatness, others have greatness thrust upon them… and some achieve greatness through the power of a homemade costume and a purple bat. And that’s exactly how the monster known as TommyInnit joined the fight against evil and became a true hero.

TommyInnit always loved playing games, but after a while, it wasn’t enough to just enjoy them. He wanted to know what it was like to actually be a butt-kicking warrior of justice! He knew he had the skills, determination, and solid attack power of a true video game hero, but what he didn’t have was the equipment.

Once he turned 17 and grew stronger, TommyInnit and his many friends went to work creating a powerful suit of light armor. They also decided to design a weapon that would look cool and hit heavy. The result? A mighty purple bat that swings fast, packs a powerful punch, and looks as stunning as it feels. It didn’t take long for evildoers to know—and fear—the sight of TommyInnit’s bat coming towards them! Now fully equipped for battle and known far and wide for his quick, hard hits, he uses his blazing speed and surprising strength to be the hero he always was inside.

TommyInnit is a Nature Attacker with Poison, Burn, Healing, and Life Regeneration skills. 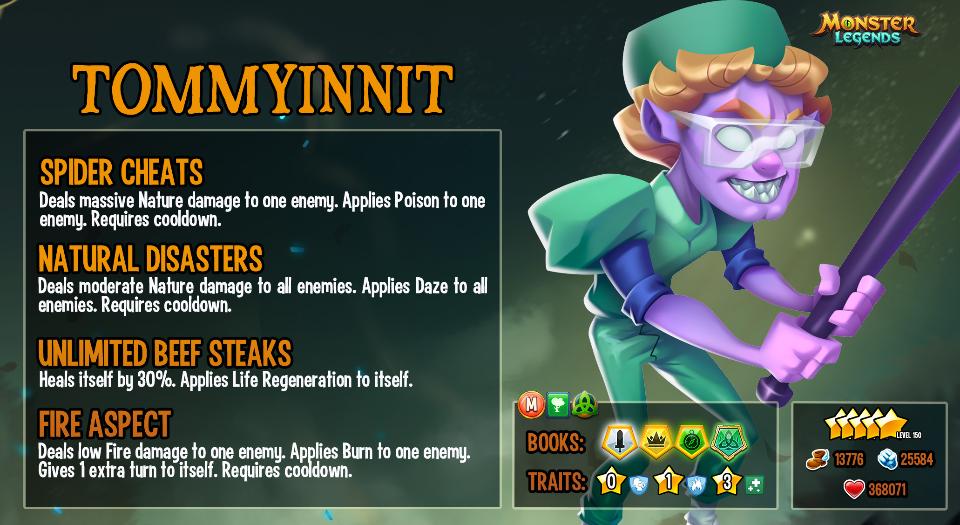 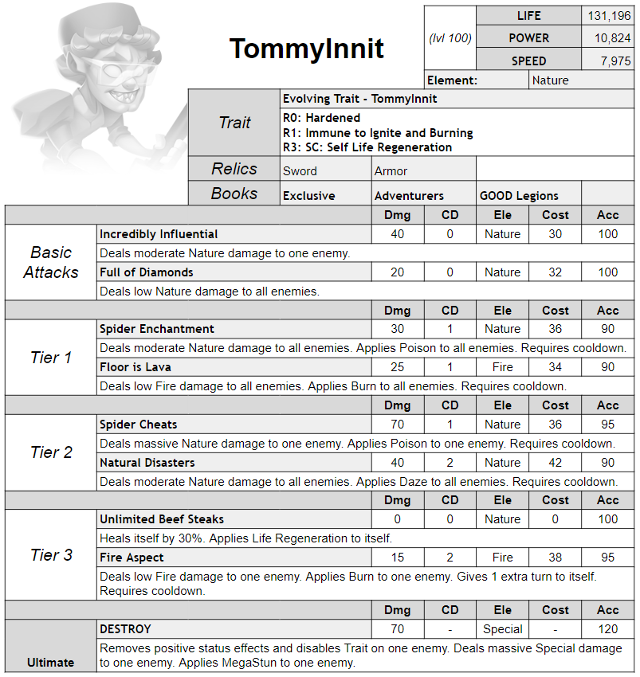