This albino ape was abandoned in the streets of Monstown as a baby. Luckily, he was found by Al Canine, who raised him as one of his own; not without serving his own interests, of course.

Al Canine trained Hardnut Gorilla to become the best street fighter in town. He was infallible in illegal street combat and made his mentor win many bets throughout the years, but when Al Canine transformed into Don Canine and became Mayor of Monstown, he forgot about Hardnut Gorilla.

The problem was that it was also Don Canine who controlled Hardnut Gorilla's finances. With no way to access the monster who was the closest thing to family that he had, the ape had to restart his career, this time as his own manager. And what did he discover? That Canine had been ripping him off his entire life. Hardnut Gorilla made much more money than he thought, he'd just never known because his mentor and manager had been keeping most of it for himself.

Now that Hardnut Gorilla knows he could've had a better life if Don Canine hadn't used him, he's furious. Looks like the Mayor has yet another enemy on his very long list. 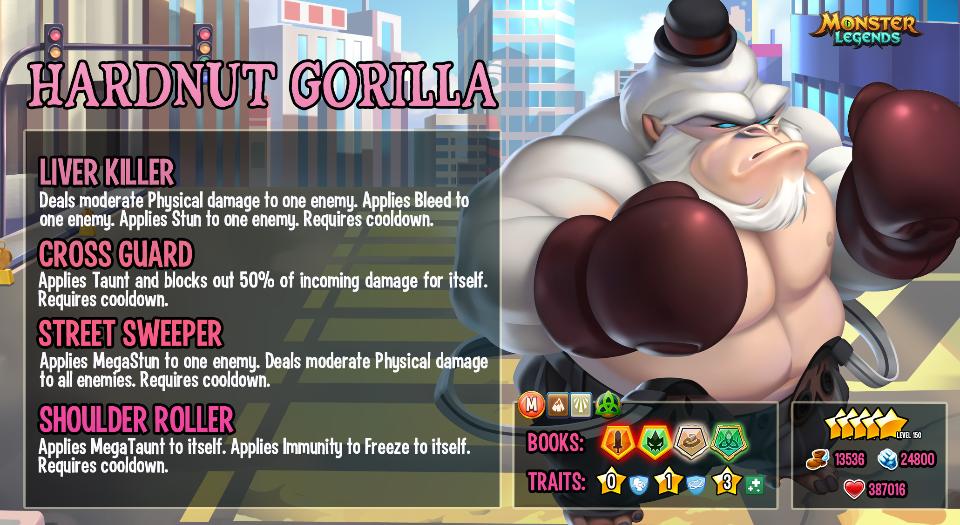 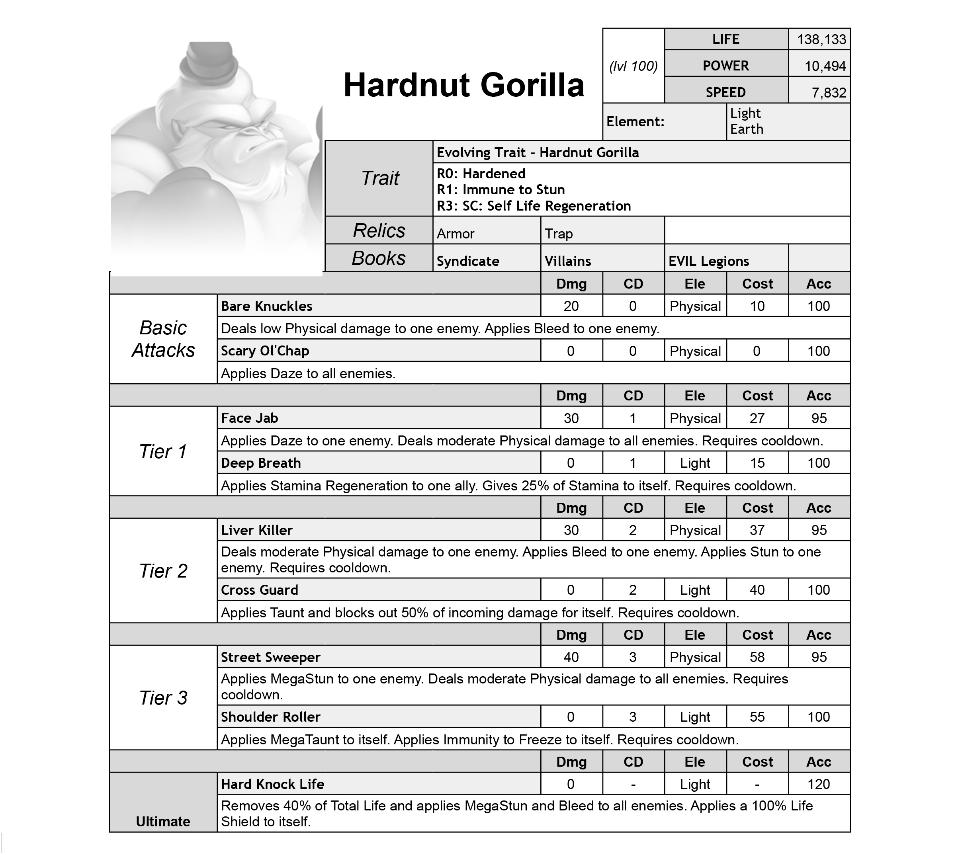