When Queen Zahra performed the ritual to banish Barbarians from the Forest, it shook all of Petra, even far in the mountainous North. The great rocks shivered mightily. Then, all was silent… until the mountain pulsed.

With a roar like nothing ever heard before, part of the mountain shook itself loose from its rocky base and began to rise. Stray rocks tumbled towards the animate peak and formed strange, shifting limbs. That was more than enough to raise the rock’s long-dormant spirit and set it into motion.

The rise of a mountain golem like Silex is only seen once every few thousand years, and every time it has happened, it’s changed the face of Petra forever. Luckily, Silex’s creation is thanks to the forces of Light and Nature, making them a powerful ally against the forces of darkness.

Silex is an Earth and Light Tank with Sunburn and Shield skills. 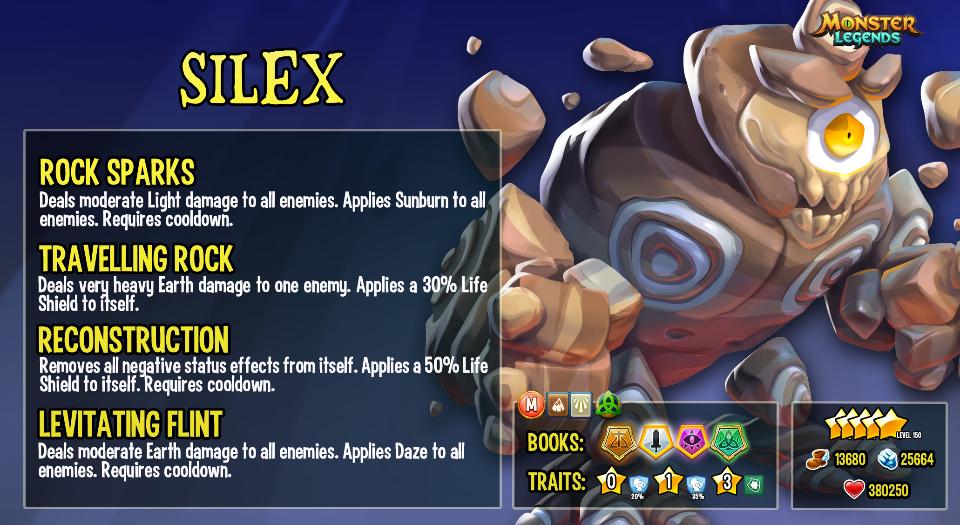 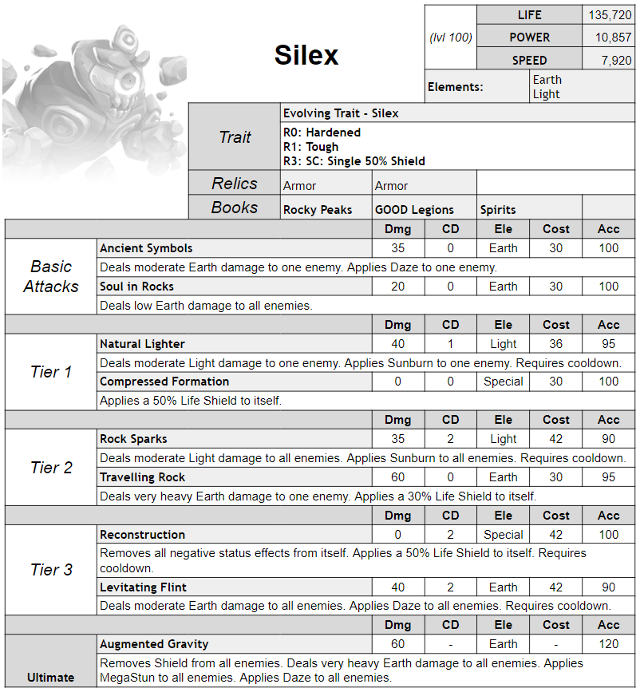