Antlerian has lived in the Cardinal Forest for so long, no one remembers when he arrived. For centuries, he has acted as advisor and confidante to all manner of Forest beings. Many monsters—and even some demons—have sought his counsel and looked to him for answers both philosophical and mundane. Although he is a powerful being with great influence, Antlerian stayed firmly rooted (sometimes literally) in his lair, preferring to act as a guide to others than to take charge of them.

It was Antlerian who first predicted that a mighty being would one day perform a ritual melding the forces of Light and Magic to defeat the barbarian hordes. But even he couldn’t have predicted the massive ecological effects of such a spell. After the whispers of the Forest informed him of Queen Zahra’s deeds, Antlerian rose from his verdant throne and went to Queen Zahra’s side. While he fights on her behalf, Antlerian is mostly interested in studying the effects of the ritual, hoping to foresee and prevent any negative consequences or damage to the Cardinal Forest.

Antlerian is a Nature and Magic Control monster with Roots and Cooldowns Activation skills. 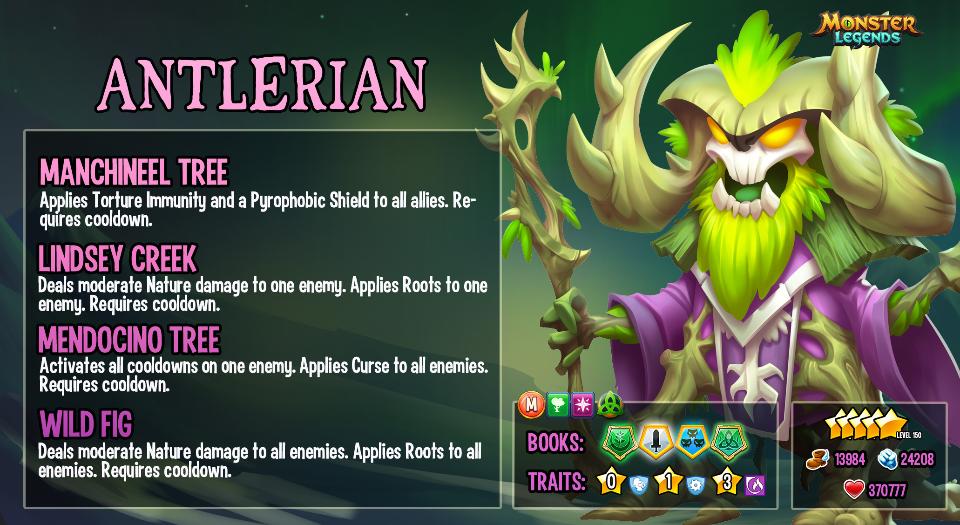 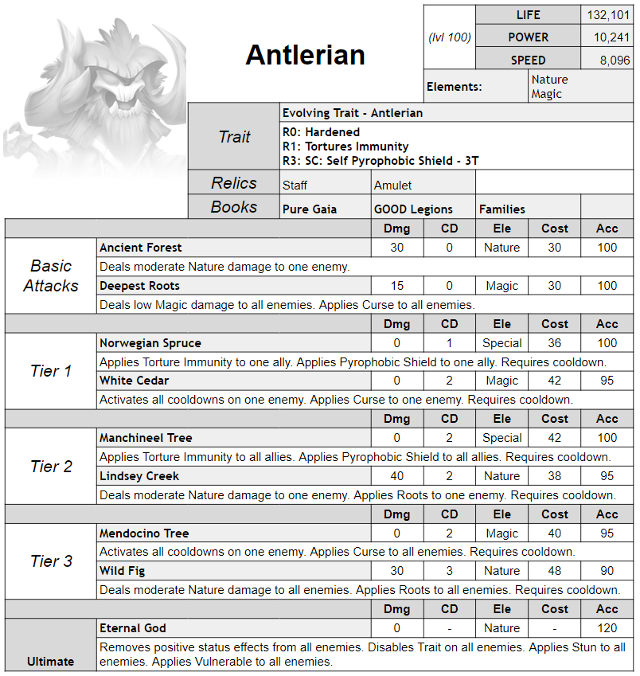