Strolem was born centuries ago when lightning struck a mountain in the Rocky Peaks region. He left his home and started traveling across Petra aimlessly, causing destruction with his club wherever he went. He became so problematic that a group of ancient mages came together to cast a spell and put him to sleep. He remained dormant until the ritual in the Cardinal Forest shook the elements and woke him up. He's heard the call of the mountains and is going back to the Rocky Peaks! 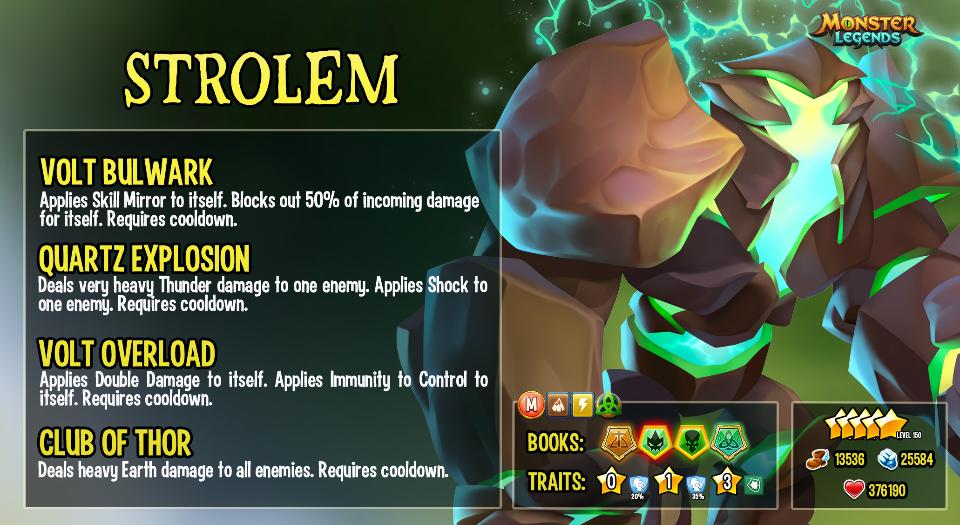 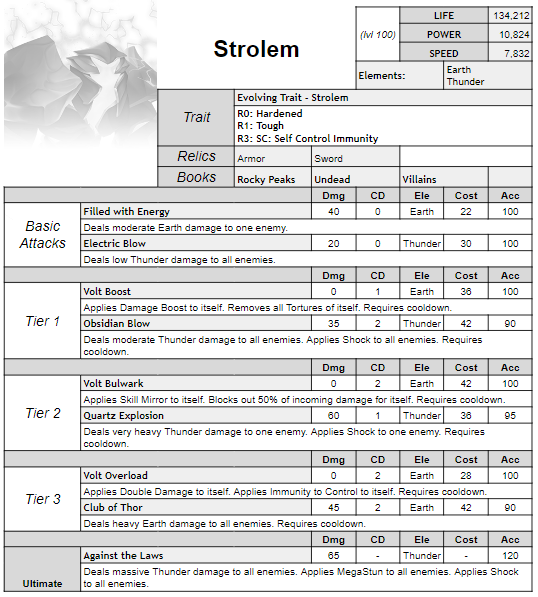