Abominations fear almost nothing…except for the soft scrape of Torvax’s boots on their floor.

Lots of Space monsters look up to the Curse of the Cosmos crew, and Torvax was no exception. But instead of dreaming that he’d one day join the merry band and swashbuckle his way through the universe, Torvax decided he had more to learn from the Curse crew’s missteps than from their successes. Planning to someday amass his own rowdy crew of spacedogs, he studied the Curse of the Cosmos’s every move, traced each legend and rumor to its source, and compiled an exhaustive dataset analyzing the pirates’ actions and their consequences.

There were two very important conclusions Torvax drew from his research. First, that he could move faster and strike harder by himself than if he had a whole crew holding him back. Secondly, that it was possible to navigate the cosmos through Abomination portals if they were neutralized by powerful psionics. Since Torvax had such strong psionic abilities, it seemed like the perfect way for him to seek out Abominations and destroy them while they believed they were safe.

Thus did Torvax become a portal-hopping vigilante, able to leap between Abomination portals and hunt the twisted fiends in their own lairs. But will he be able to summon the massive amounts of psionic stamina needed forever, or will his stealthy campaign eventually lead him to his doom?

Torvax is a Thunder Controller with Stun, Curse, and Stamina Removal and Addition skills.

Evolving Trait:
Rank 0: Immune to Torture
Rank 1: Hardened
Rank 3: Status Caster - Applies Stamina Leak to all enemies at the start of the battle 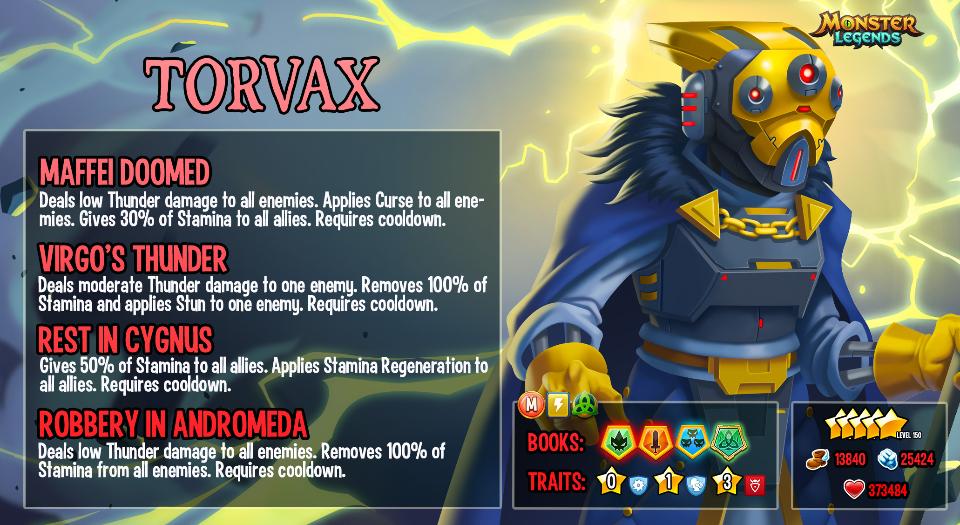 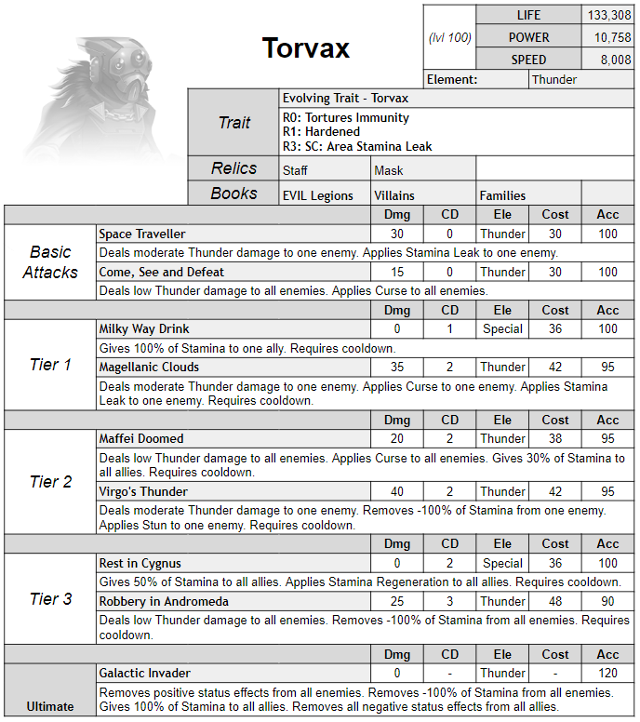