Warmaster Zahra was the initiator of the Blossom Era, not only because she conducted a magic ritual along with other Forest monsters and changed everything, but also because she was the first one to try a sweet Nectar that was previously unknown to monsterkind. This Nectar comes from a magical plant that was born with the Blossom Era and manifests itself only to a few chosen monsters, so it was only logical for it to grace Zahra before anyone else with its presence. After drinking its Nectar, she transformed into Queen Zahra and became the leader that the Forest needs in this new Era!

Queen Zahra is a Nature and Light Attacker with Reverse Healing and Healing skills. 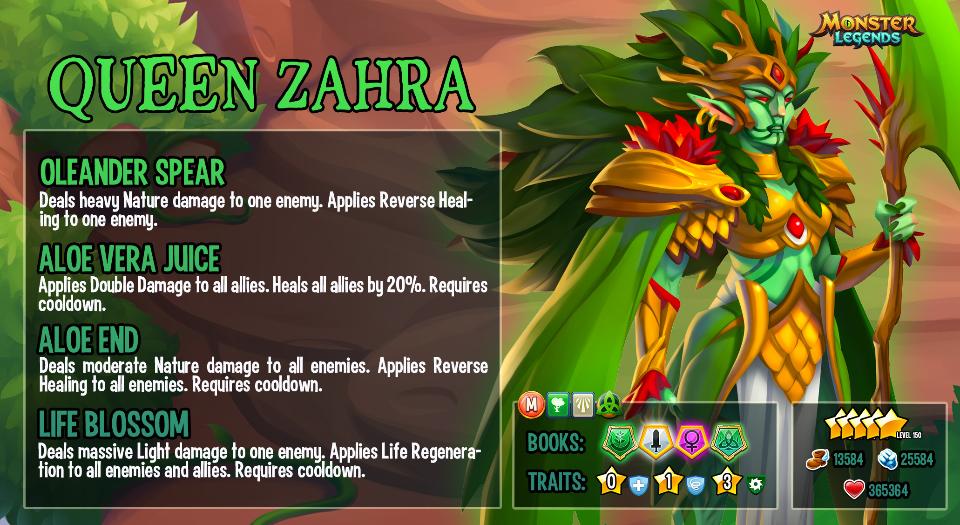 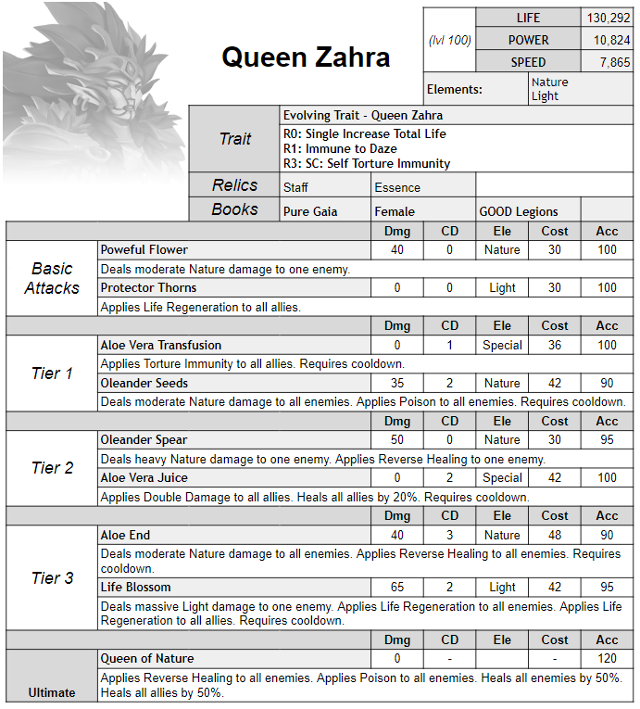