Losing the Celestial Paradise to a demon was the worst blow Warmaster Elvira had ever taken. And ever since she’d landed on the headquarters of the Magic Council, all she had felt was fury. She was furious when she found out that her Celestial Legions had all fallen with her and were disseminated all over Petra. She was furious when she learned that Lord Inheritor had broken the natural balance and was forcing more souls into the Underworld letting the Barbarians set chaos upon Petra.

She was furious when one of her best fighters, Arch Duke, wasn’t able to enter Paradise, because it had been transformed into another Hell, and Angels cannot enter Hell. Barbatos Rex found the solution to this problem, but even that made her furious, because it required her to pledge allegiance to him, a demon.

Elvira was about to explode with fury when she realized that her agreement with Barbatos Rex was her golden opportunity to access Hell and do what she needed the most: to slay some demons and win the war against Lord Inheritor once and for all! 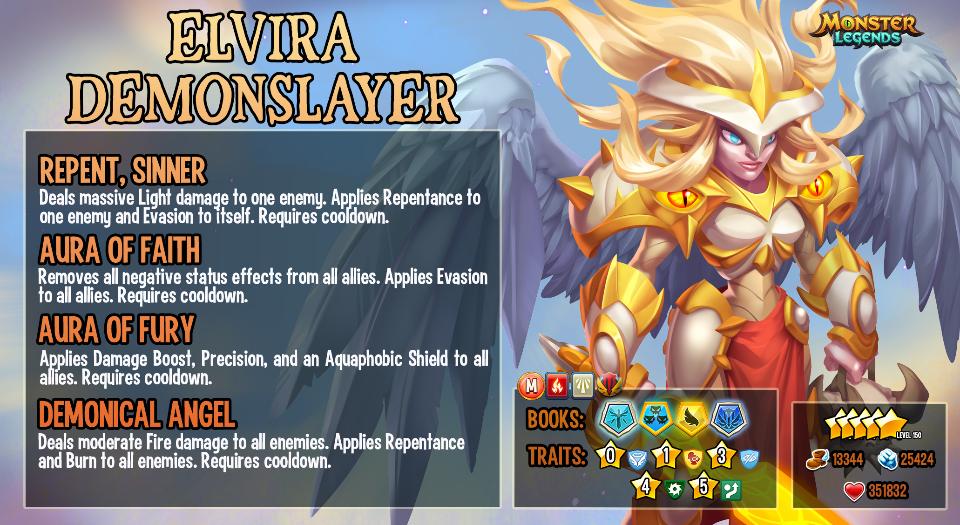 Elvira Demonslayer is a Light and Fire Attacker with Repentance, several buffs, and Evasion skills. 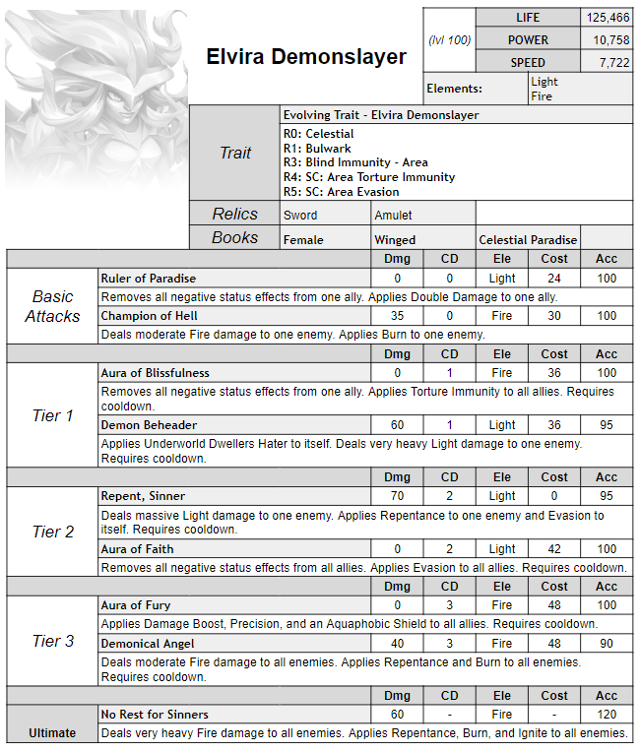