Although he looks like a gentle giant, Phyreas’ passions burn as brightly as the fire he controls, and it’s led him into some bad situations. When he was a young magician, Phyreas set a pack of wild demons ablaze, hoping to impress his mentor, Warmaster Sherezar, with his strength and dedication. However, he was reckless in his zeal, and some stray flames grew into a massive wildfire, which devoured villages and forests alike for miles around.

Devastated by the wreckage he had caused, Phyreas offered to resign from the Magic Council, but Warmaster Sherezar knew the upstart mage was too talented to lose. Instead, he commanded Phyreas to atone for his actions by training the next generation of Fire magicians. To ensure Phyreas had time to practice using his powers in dangerous situations, Warmaster Sherezar also decreed that Phyreas would have to walk to the training site, far away in the southern Free Lands. Knowing that the Warmaster’s order was just, Phyreas began his journey immediately.

It was a perilous walk south, and Phyreas encountered many dangerous monsters along the way. But with every struggle, he learned something new about how to control and use his powers, as well as a deeper understanding of when to fight and when to talk. Thus, by the time Phyreas reached his destination, he had matured into a far more prudent mage with finely-honed magical talents. From this foundation, he built one of the most secretive and exhaustive schools of Fire magic, fulfilling the Warmaster’s command and becoming a credit to the Magic Council. 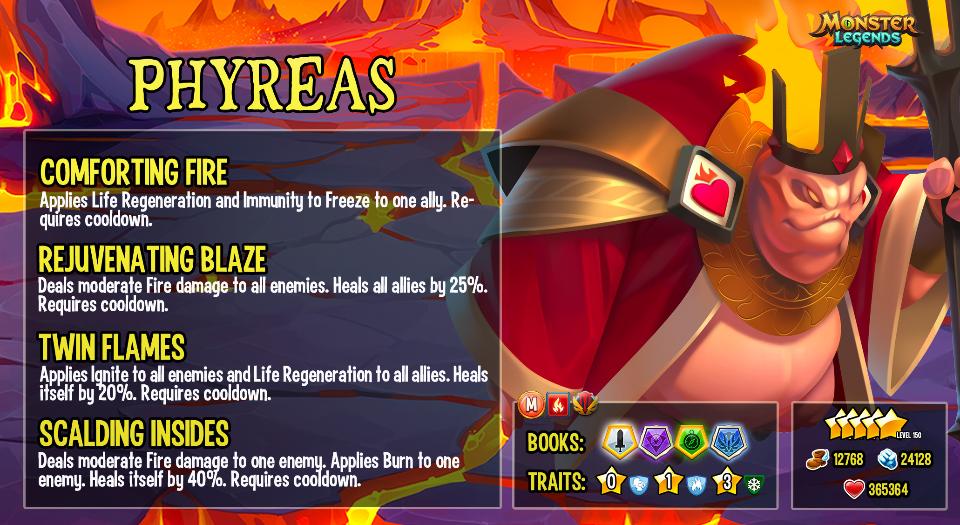 Phyreas is a Fire Tank with Burn, Regeneration, and Healing skills.

Evolving Trait:
Rank 0: Hardened
Rank 1: Immune to Burn and Ignite
Rank 3: Status Caster - Makes all allies Immune to Freeze at the start of the battle 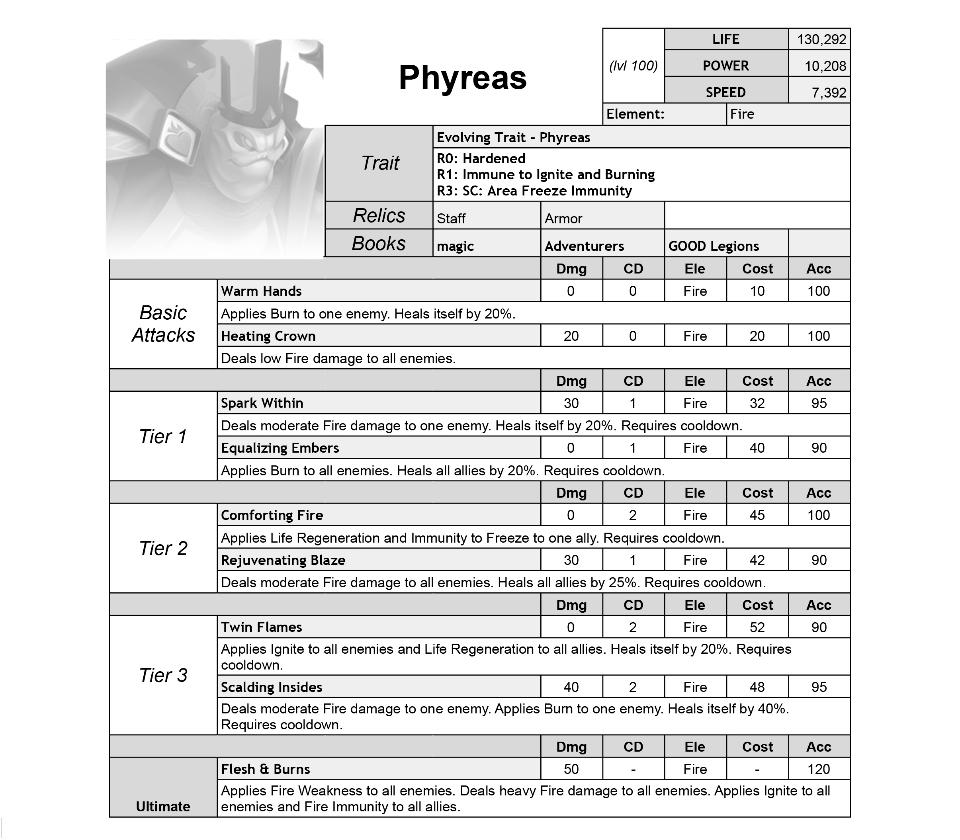