Barbarians used to live north of the mountain region, but after Darmith Khan's rise, they're everywhere — North, South,... everywhere. They move all the time disturbing the native inhabitants of all regions, including the ones from those mountains they now keep crossing up and down. However, the inhabitants of the Mountain Regions are tough, and they don't like things being shaken around them. One of them is Golemnoid, who's taken the initiative and is now single-handedly fighting every Barbarian who dares to cross his territory! 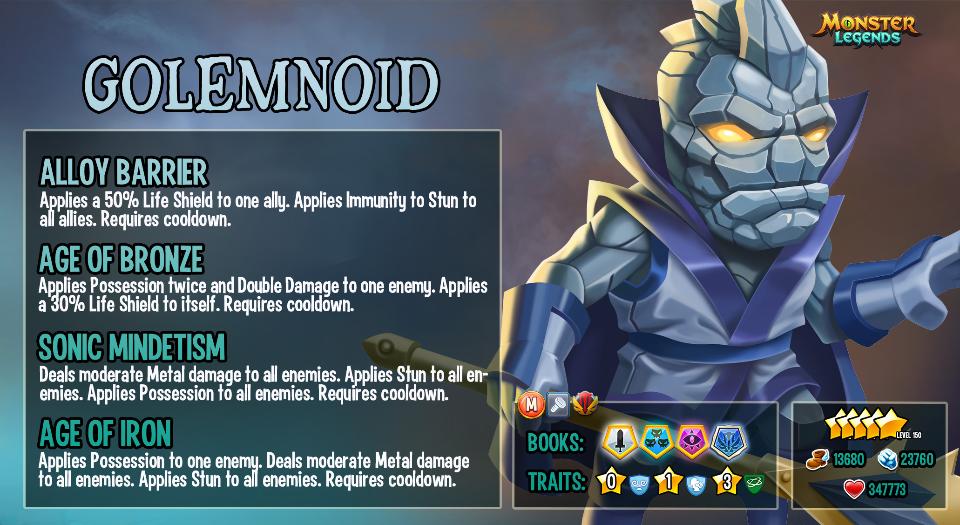 Golemnoid is a Metal Controller with Possession, Stun, and Shield skills. 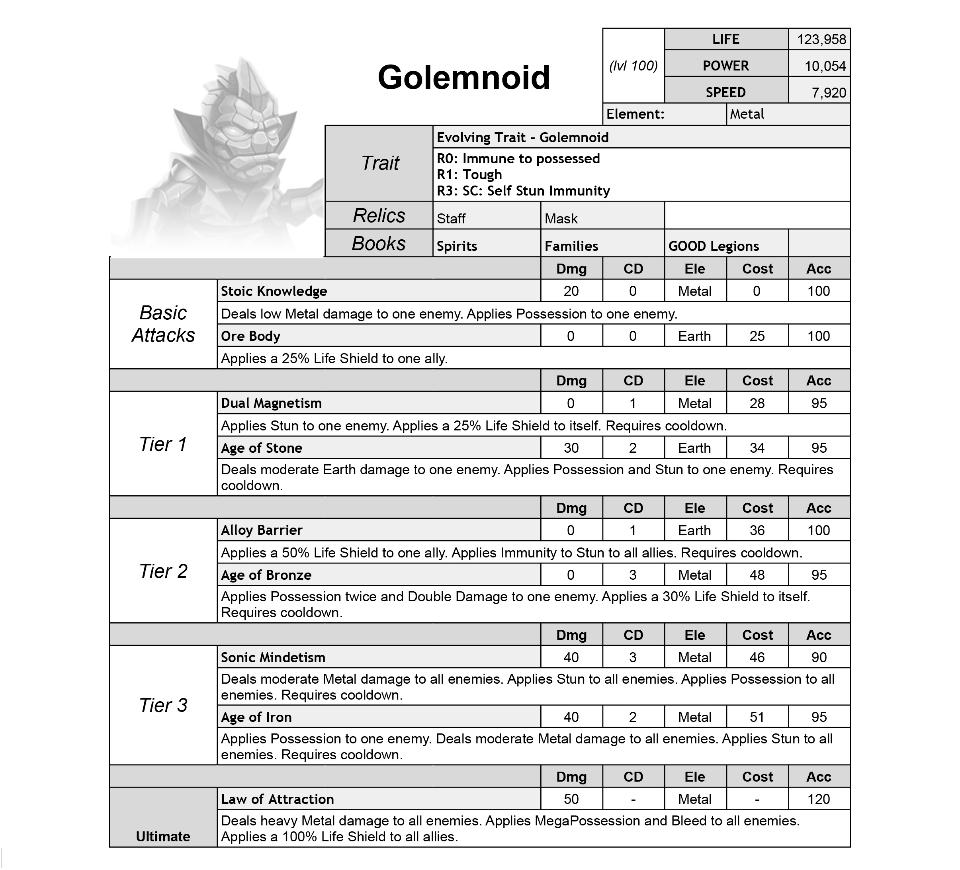