Goldfield is one of the oldest members of the Magic Council. Actually, he was one of the first Magic monsters ever in Monster Legends. His experience can be counted in centuries, and he's been there through the evolution of magic and its relationship with the Universe of Monster Legends. Goldfield understands better than anyone that it's all about balance, and he's studied the interactions between Light and Darkness, Life and Death,... However, his favorite relationship is the one between Magic and Nature. He believes there's a very special bond there in which Magic can be used to boost Nature and make it flourish.

Because of this belief, Goldfield has worked with creatures like elder spirits and fairies for many decades, and he's developed a very special relationship with the creatures in the Forest — a relationship so special that it made him come out of retirement and reinvent himself when he saw that the Forest was being destroyed by Darmith Khan's Barbarians.

Master Goldfield is a Magic Support with Trait Disabling and Stamina removal skills.

Evolving Trait:
Rank 0: Immune to Stun
Rank 1: Doubles all allies' Maximum Stamina
Rank 3: Status Caster: Gives Immunity to Control to all allies at the start of the battle 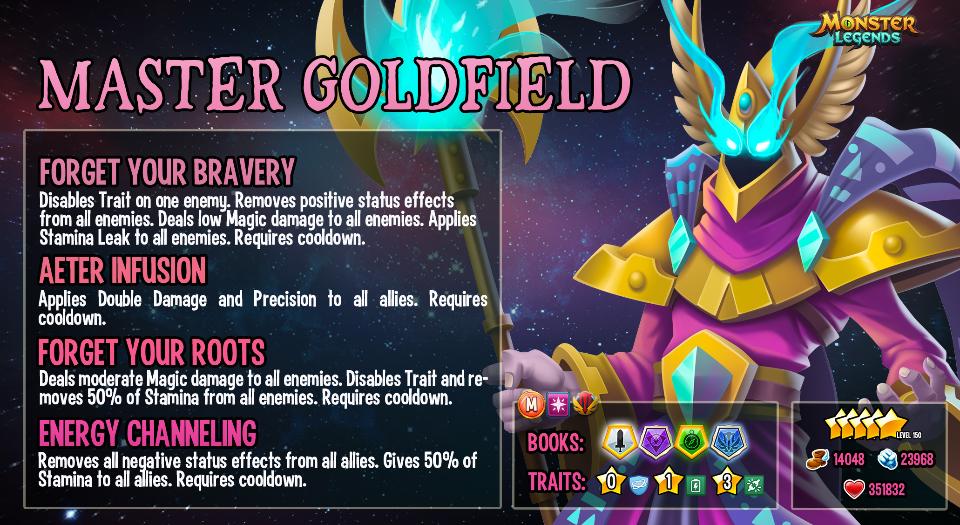 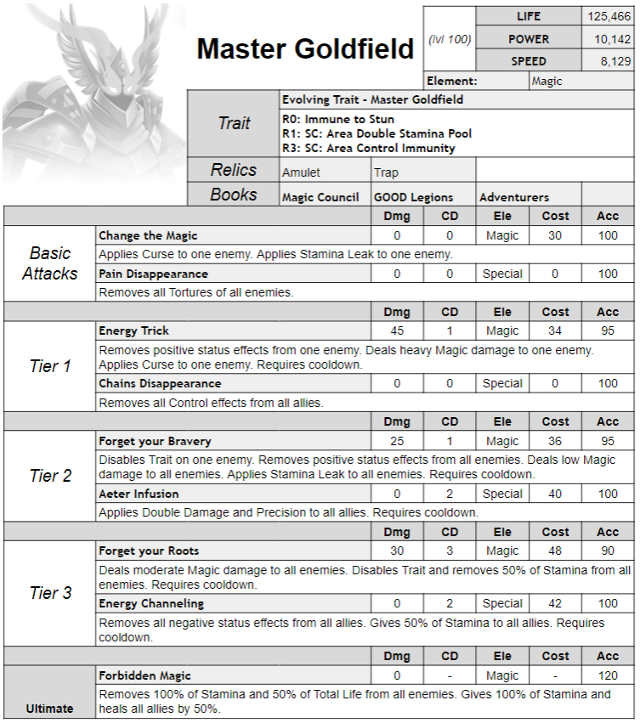