The orc tribe always follows the strongest as their leader. That means that leaders rarely last long. It's usually down to one single battle between two brutes. However, Chieftain Alarorc became the orc in charge without challenging anyone. He didn't need to.

After a battle between Borjork and Arch Duke, the angel had left one of his feathers behind. Borjork had picked it up and given it to the druid in the Orc Tribe, Warspellz. Warspellz is probably the only orc who thinks things through so, after some consideration, he thought that the best thing that he could do for the tribe was to infuse the feather and brew a potion for all orcs to drink. That way, they'd all become stronger.

The potion would've worked great if old Alarorc hadn't come into the kitchen looking for food. There was nothing interesting, so he ate the only thing he could find: the feather. Warspellz tried to stop him, but he couldn't. Seconds after swallowing the feather, Alarorc had already transformed into Chieftain Alarorc, the strongest orc in the tribe and, therefore, the undisputed new boss!

Chieftain Alarorc is an Uncontrollable Attacker who can deal heavy damage and make enemies Vulnerable.

Evolving Trait:
Rank 0: Orc
Rank 1: Immune to Control
Rank 3: Status Caster - Applies Stamina Regeneration to all allies at the start of the battle 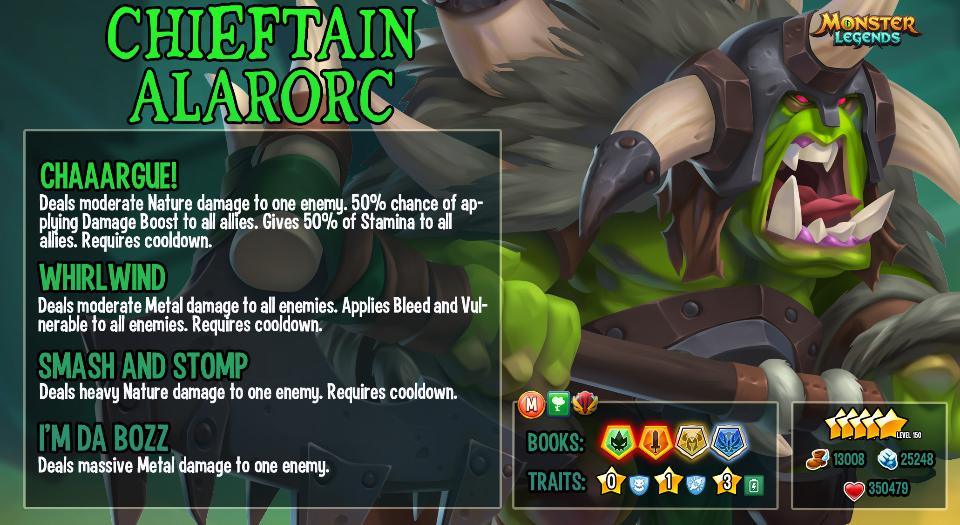 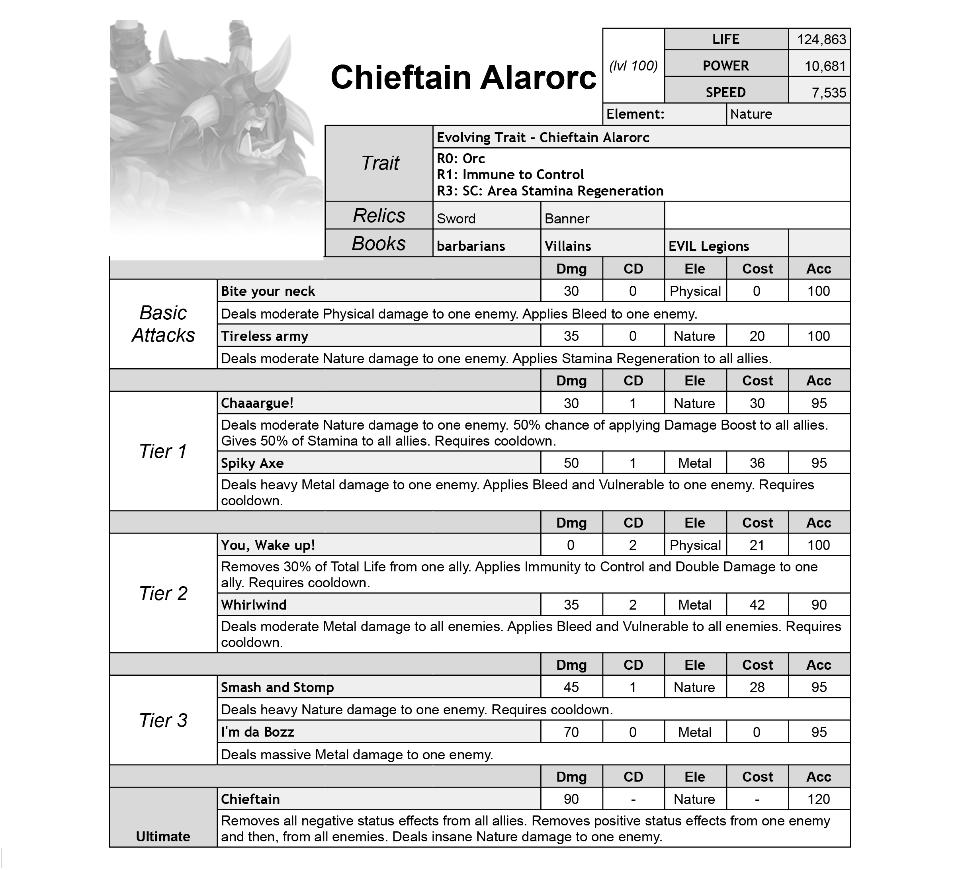