One night, a clan of orc magicians violated the graves of three long-dead Barbarian heroes and stole their skulls to use in a dark summoning ritual. But when they started chanting, the skulls unexpectedly rose into the air and began to swirl in a mesmerizing whirlwind. The orc magicians could only stare, open-mouthed, as the spiraling skulls coalesced into a single column of bright violet light. When the light faded, a mighty barbarian sorceress stood before them, just as they had hoped–but she wasn’t nearly as happy to see them. Some say that after Weirdika appeared, her summoners were left in a permanent state of shock, unable to speak or move from the horror of what they had done. But no one will ever know for certain, because they were never seen again.

Weirdika is a Magic Support with Triple Damage, Stamina Regeneration, and Hater skills.

Evolving Trait:
Rank 0: Orc
Rank 1: Immune to Stun
Rank 3: Status Caster - Applies Stamina Regeneration to all allies at the start of the battle 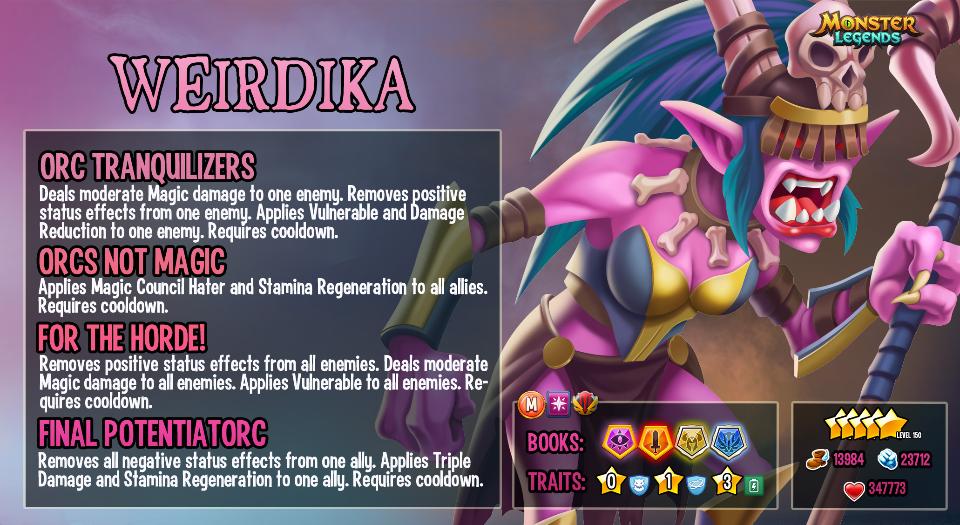 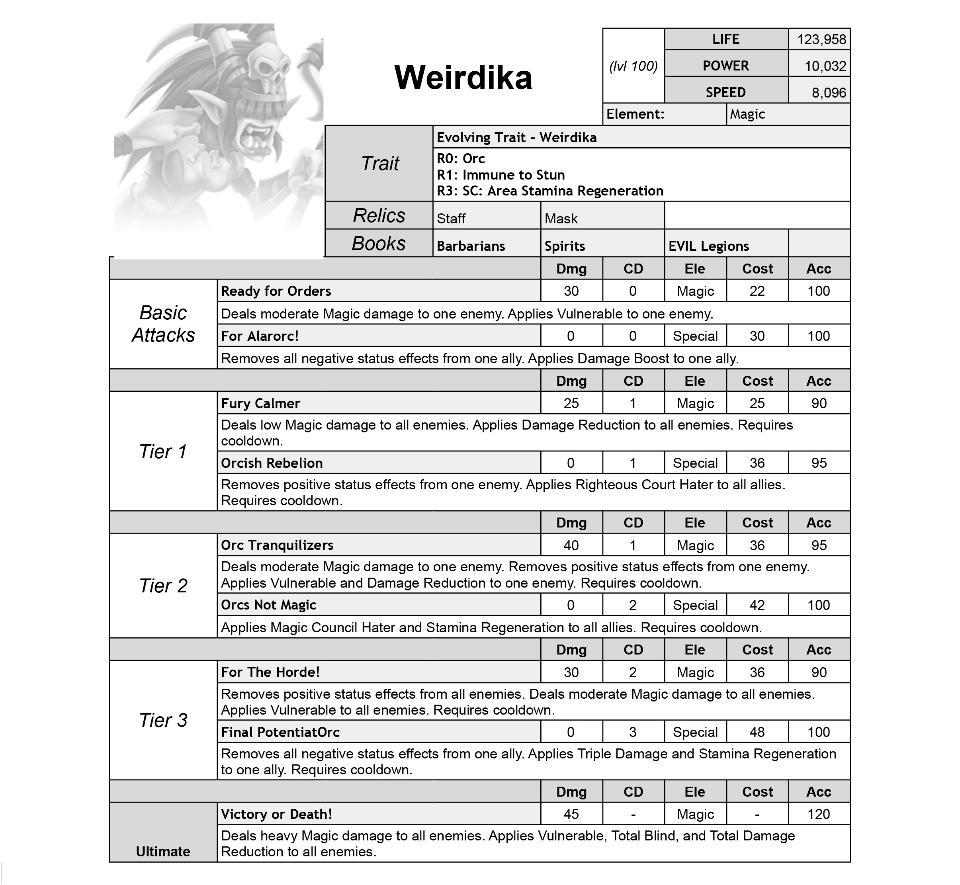