Barbatos was the King of Hell for centuries. The Inheritor and other contenders had constantly challenged him, but they had all failed in their attempts.

Then, Lord Nebotus arrived from outside the Underworld and dethroned Barbatos. The King accepted his defeat without a big fuss, for he knew that the coalition that Lord Nebotus had created to replace him wouldn't last long. And he was exactly right: The Inheritor never had the intention of co-ruling with Kaih the Sunmelter for long, so as soon as he could, he broke the alliance and transformed himself into Lord Inheritor.

That was when Barbatos started to fear that the Throne of Hell would be harder to recover than he had initially thought, but it was also his cue to take action.

He took advantage of his old contacts within the Lords of Hell to get his hands on some Ambrosia and initially, he tried to use it to boost the powers of Lord Inheritor's biggest enemies — the Angels. However, as soon as he offered it to them, he found out that they weren't in a good position to attack, so it became obvious: It had to be him. He had to take the Ambrosia and transform into a new monster, suitable to reconquer the Throne of Hell: Barbatos Rex.

Barbatos Rex is a Dark Attacker with Double Damage and Extra Turn skills. 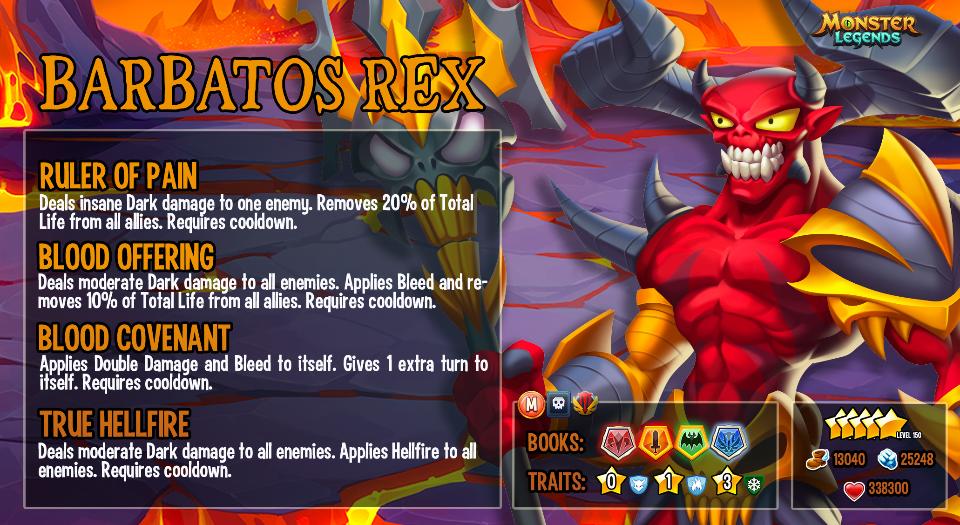 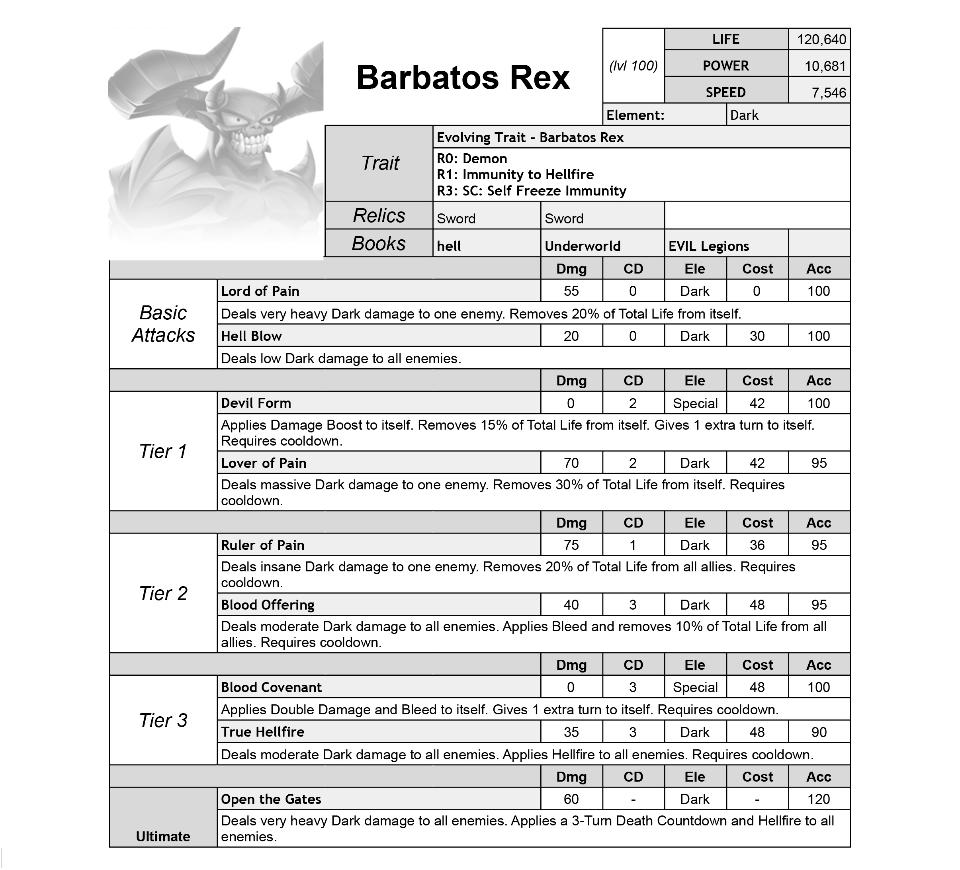