P3R3 is a self-conscious robot. He moves fast and swiftly with his unicycle-style wheel and, thanks to his advanced AI, he's able to work as a programmer. He even fixes the bugs inside his own system! Unlike most robots, P3R3 is able to have fun, so when he's not working, he likes to play games with his friend Hackster. If there's soccer and cars involved, even better.

P3R3 is a Nature Support monster with Positive Effect Protection and Immunity skills. He can also give Double Damage to all allies! 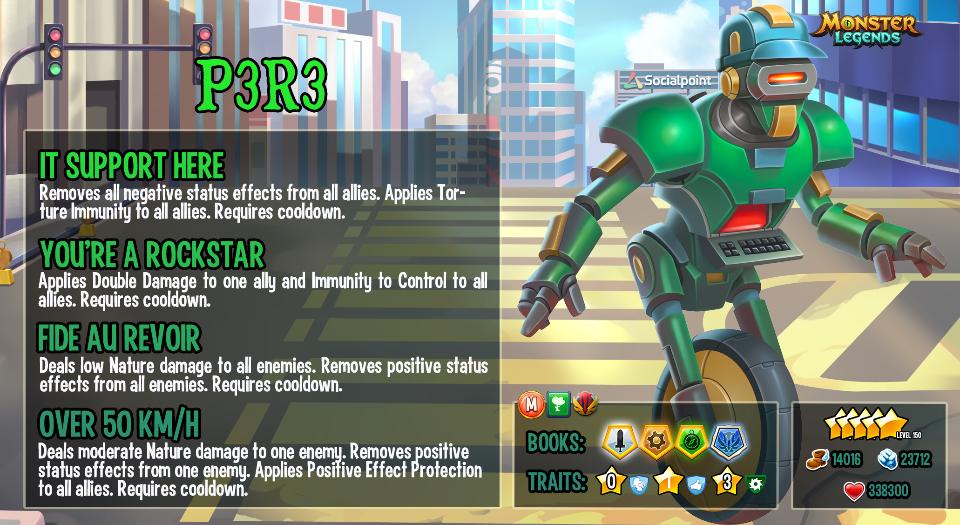 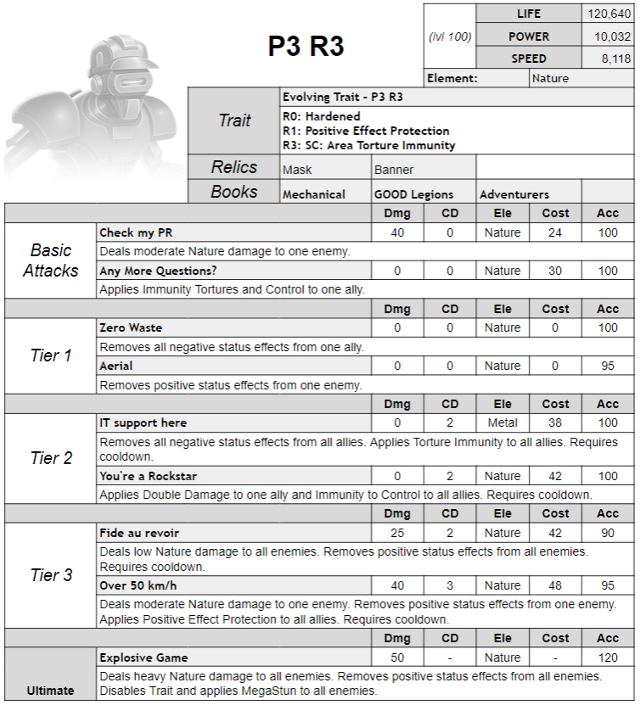