McCreamy would eat ice cream by day, by night... anytime was a good time, until he crossed a line: He ate the only ice cream he was not supposed to lay hands on: The one King Daeron had ordered from the royal kitchen for his birthday. McCreamy knew he was not to even approach it but, at a distance, it looked so bright, fluffy, creamy... he just couldn't resist. However, when the King found out about what had happened, he sentenced McCreamy to the worst possible punishment for him — a lifelong stay in the Underworld, where ice creams melt in seconds and taste like sulfur!

McCreamy is a Fire Support monster with Healing and Stamina Increase, and Stamina Leak skills. 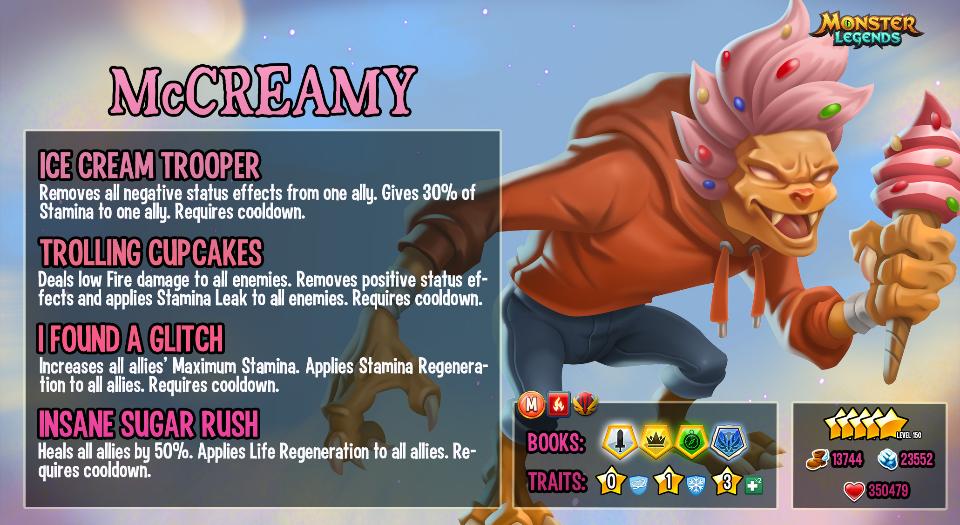 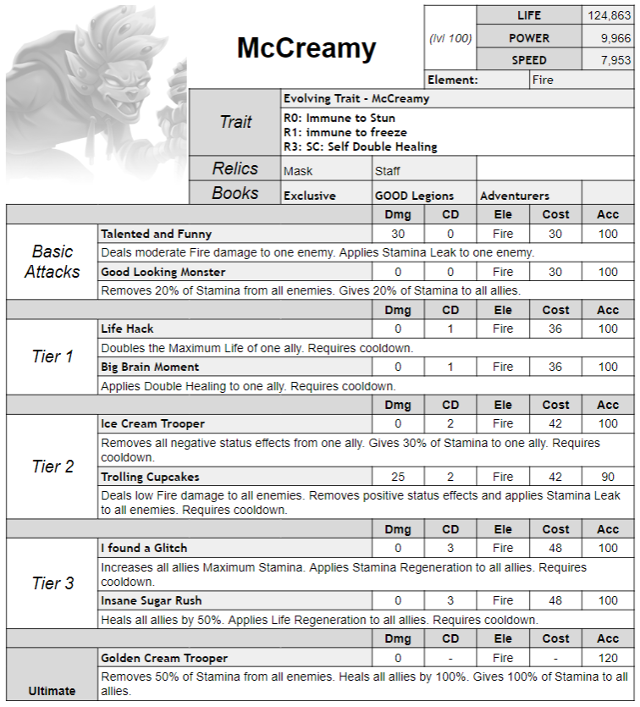