Centuries ago, Angels and Demons signed a Treaty at the Peak of Conciliation in which they both agreed not to meddle with the balance between Good and Evil. Souls would distribute naturally between the Underworld and the Celestial Paradise.

In order to seal this treaty, each party left a symbolic token at the Peak of Conciliation — Demons left a capsule of purgative fire, and Angels left a pouch of the divine essence: Ambrosia.

The treaty was effective and contented both parties for a very long time. Nobody was counting with the change that happened in the Underworld during the Corrupted Era. Barbatos was dethroned and replaced by two co-rulers: The Inheritor and Kaih the Sunmelter.

The problem was that the term "co-ruler" didn’t sit well with The Inheritor's massive ego. After all, he had been so close to becoming the Ruler of the Underworld so many times in his life that he couldn't just accept to share the role with someone else. He needed to rule on his own to prove himself stronger than his eternal rival, Barbatos.

In order to become the sole Ruler of the Underworld, he went very far — further than anyone had ever gone before: He broke the pact between Demons and Angels by stealing the divine Ambrosia to transform himself into a Demon so powerful that no one could stand up to him… or rule by his side.

Lord Inheritor is a Fire Attacker with Tortures, Possession, and Hellfire, a new status effect that reduces the enemy's Precision by 25% on each turn until it reaches 0! 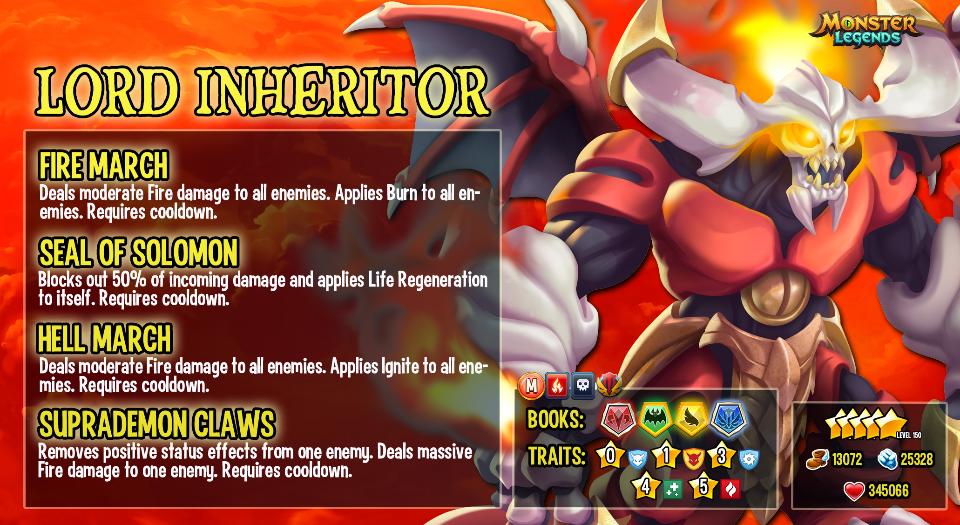 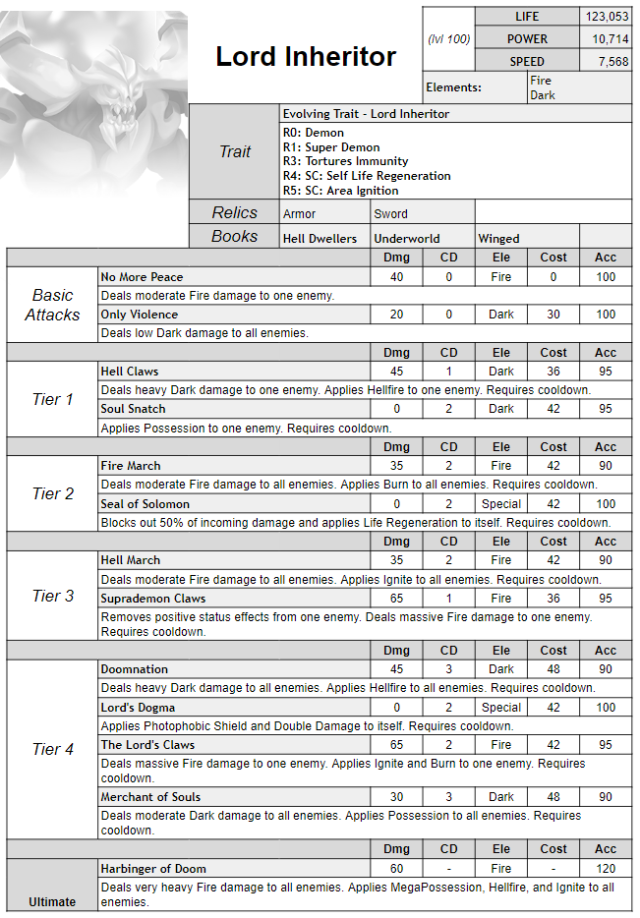