​​There was a time, long ago, when General Darmith commanded almost every Fire monster there was in Petra. However, as years went by, his army dispersed into factions and regrouped in different ways. Most of his soldiers stopped fighting under his orders. He had to adapt and join forces with new allies of different elements, like orcs, and gathered a massive army of Barbarians at the cost of not being their supreme Commander.

All the Barbarians in the army were mostly free to go and fight whoever they wanted, and they only fought all together when there were big riches involved. This way, Darmith was able to survive and keep a certain relevance, but deep down he felt demotivated and much less focused than when he was the Supreme General.

That was until, one day, he received a visit he wasn't expecting. Lord Inheritor dropped by his camp with the biggest gift anyone had ever made him: a bunch of Ambrosia and a motivation to bring out the Barbarian in him!
As Darmith Khan, he's been asked by Lord Inheritor to do one thing and one thing only: To destroy everything he can find! 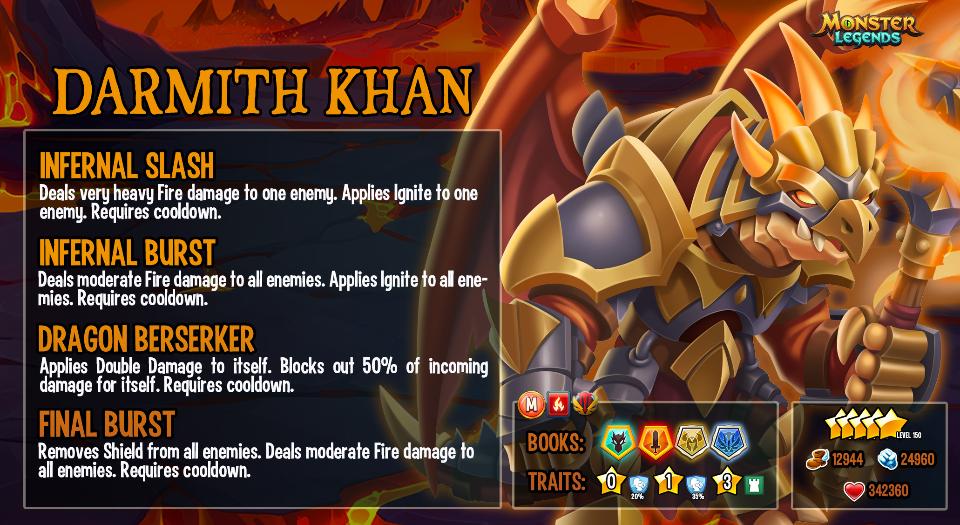 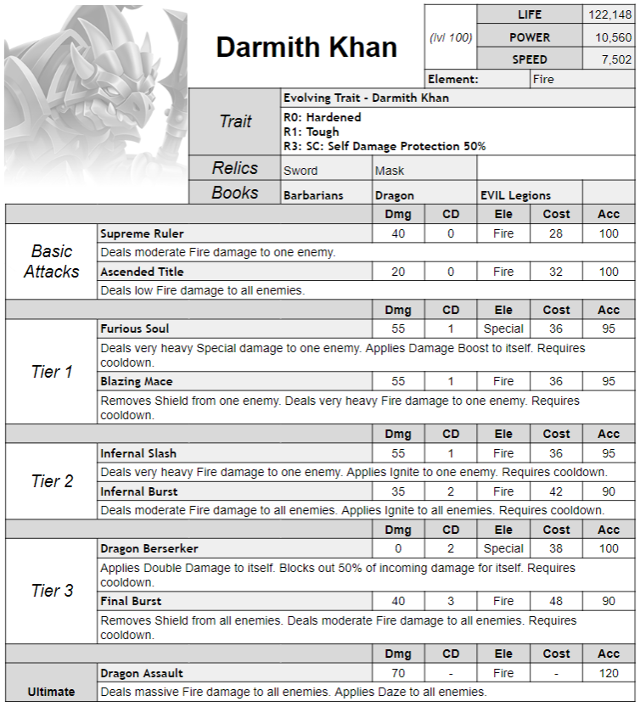