VoltaiK had had a very happy and quiet couple of years. Everything was great with his partner Madam Fusion and he got to see his other superhero friends from time to time, even though they didn't work together as much as they used to. He wasn't working a lot himself, but that was only because he had managed to keep villains under control.

However, everything changed for him after he found out that one of his best friends, Cyan Nathura, had transformed into a new, stronger version of herself, Emerald Nathura. Her transformation shook a part of him that he had worked very hard to control in the past. He felt a mix of jealousy and ambition. He couldn't help thinking about how citizens didn't idolize him as they used to. Suddenly, his quiet life was too quiet for him, and happiness was gone.

He found out through Madam Fusion that Cyan's wasn't the only transformation happening around him. Some of his worst enemies had become stronger too. At that point, he started losing his mind, and Madam Fusion could tell, so she tried to help him transform too so that he could channel all of his ambition to come back as everyone's favorite superhero in a healthy way.

But, as much as VoltaiK tried, he didn't seem able to transform. He got his hands on a good bunch of Nebula quite easily but, inexplicably, it didn't work on him. Therefore, he started investigating alternative ways to get his power boost, but as he delved into darker techniques, he decided to leave Madam Fusion out of his attempts.

In the end, he found something that worked for him — Lutum. He was warned several times that Lutum would affect more than his strength, that it could corrupt his personality, but by then, he was too hungry for power to listen to reason.

Dark Voltaik is a Dark Attacker with Area Dodge who can loop Extra-Turn attacks until he runs out of Stamina. 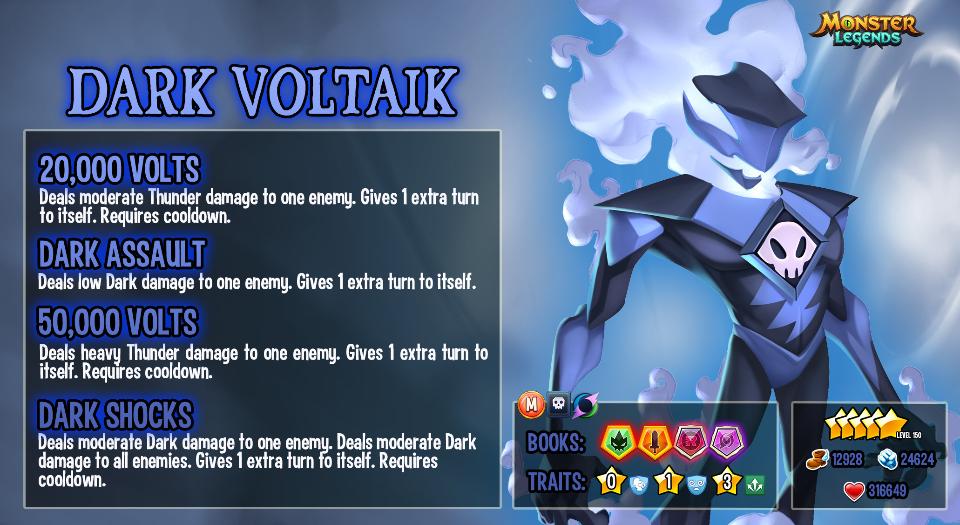 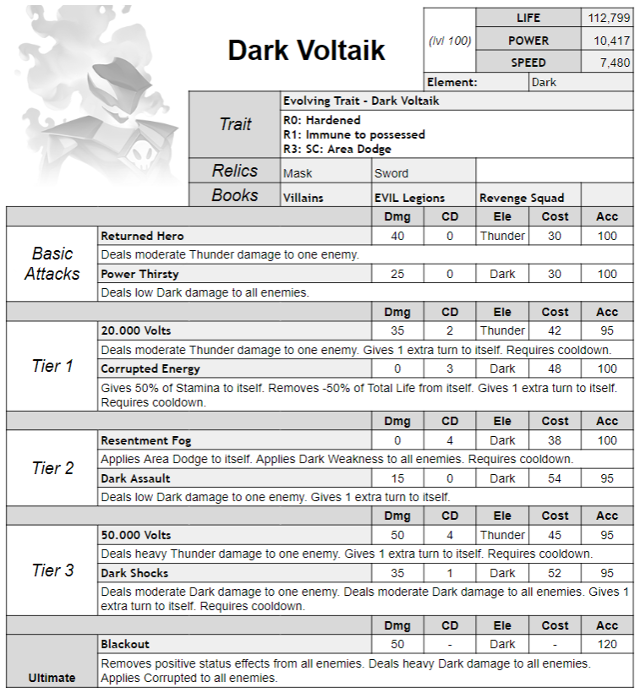