VoltaiK's corruption shook the gang of superheroes to its core, but if there was someone especially disappointed by him, it was his partner Madam Fusion.

Madam Fusion had already been through a lot in her life. She'd never met her mother and had been raised by her father, one of the most evil supervillains of all time. So when VoltaiK joined the dark side, she decided she'd had enough and was ready to fight them all.

With the help of her friend, Emerald Nathura, who gave her her Nebula-infused sap, Madam Fusion was able to transform into UV Fusion! It's a brand new day for this superheroine and she's made it her mission to save the citizens of Monstown from the twisted plans of Malairion! 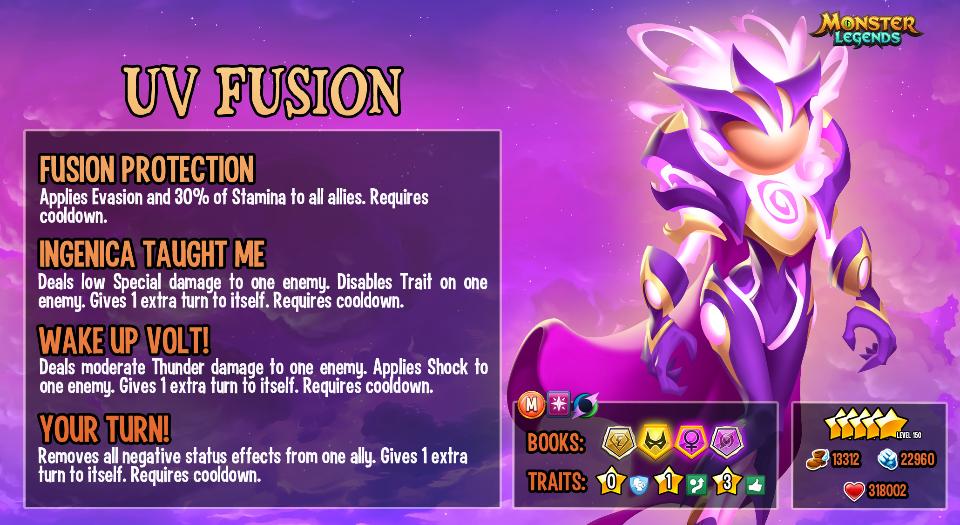 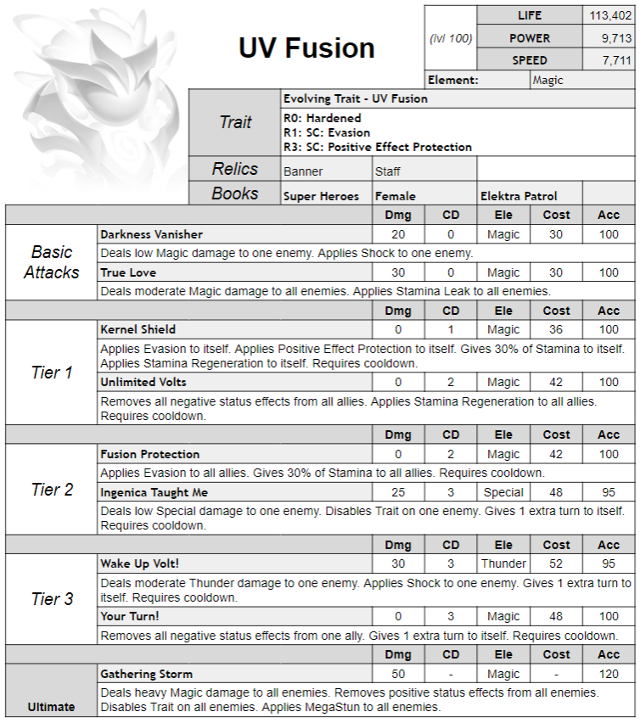