​​After his transformation into a werewolf, this monster decided to leave Monstown and move to a forest on the outskirts of the city, where he wouldn't be a danger to the other citizens. However, something changed a couple of weeks ago... The forest disappeared in a matter of days and all the trees were replaced by iron and concrete structures. With nowhere to live, he ran back to his old city, but he was so blinded by his fury that he didn't see the electric fence surrounding Monstown. He clashed against it and... that's the birth of Werevolt!

Werevolt is a Thunder Attacker with Life Steal, self buffs, and Shock.

Evolving Trait:
Rank 0: Immune to Possession
Rank 1: Immune to Stun
Rank 3: Status Caster - Gains a 100% Damage Mirror at the start of the battle 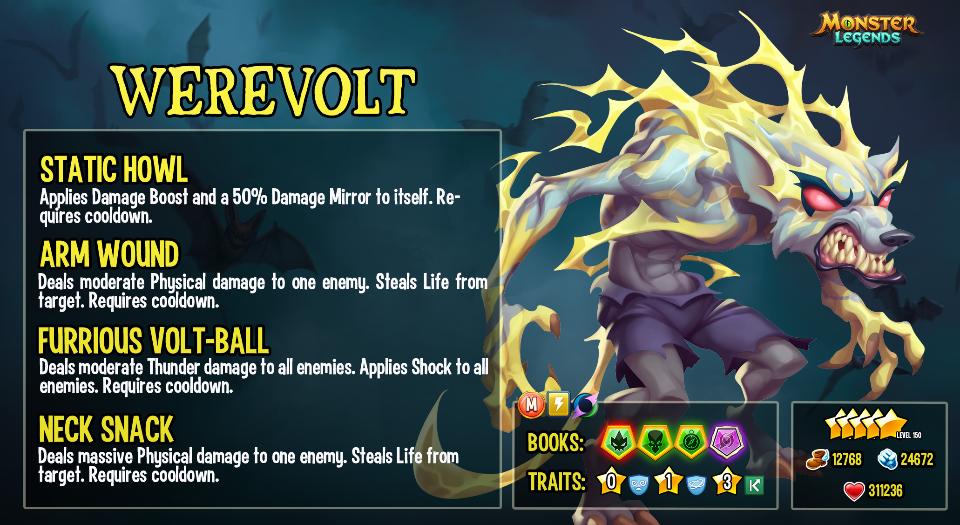 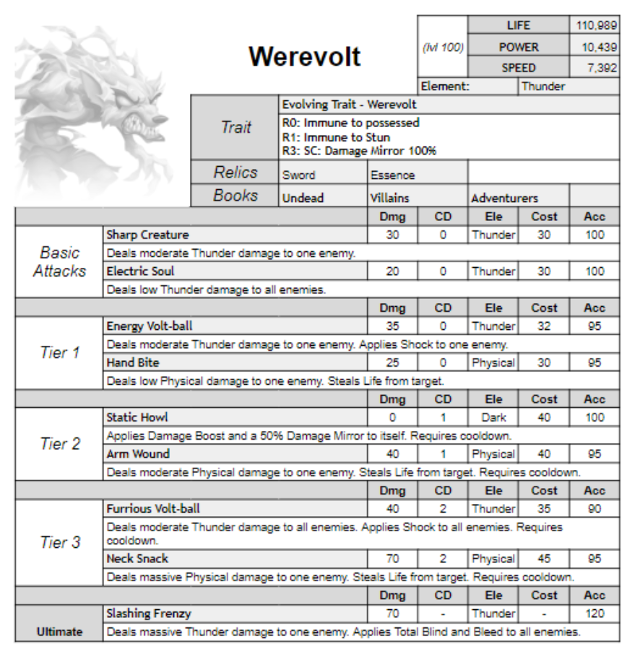