Wormanoid used to work as a truck driver for Malfeitor. He transported goods from Elektra into other galaxies and vice versa, until one day, while he was making a delivery, he got bitten by an alien bug.

In the beginning, he wasn't worried, the bite just hurt a little. However, as the days went by, the pain grew and he started experimenting drastic changes in his body. He was told that he needed treatment, but he couldn't afford it, so he asked his boss for help.

When Malfeitor saw Wormanoid's muting body, he was disgusted. "Why would you think I'd pay for your treatment? You're sick, you're no good to me as a driver! Moreover, you look and smell terrible. I can only think of one monster who could be interested in your case. However, he won't give you the solution you're expecting, and you'll have to work for him for the rest of your days." Wormanoid was in such a desperate state of pain that he replied, "I'll do whatever's necessary".

The next day, following Malfeitor's indications, Wormanoid knocked on the door of a place called "Supervillains' Hideout". He was welcomed by the monster in charge, who'd already been told he'd be coming. He was fascinated by Wormanoid's mutation and offered him a contract. Wormanoid started his training as a supervillain right away.

Wormanoid is an Earth Controller with Stun, Stamina Drain, and Nightmares skills.

Evolving Trait:
Rank 0: Immune to Stun
Rank 1: Hardened
Rank 3: Status Caster - Applies Stamina Leak to all enemies at the start of the battle 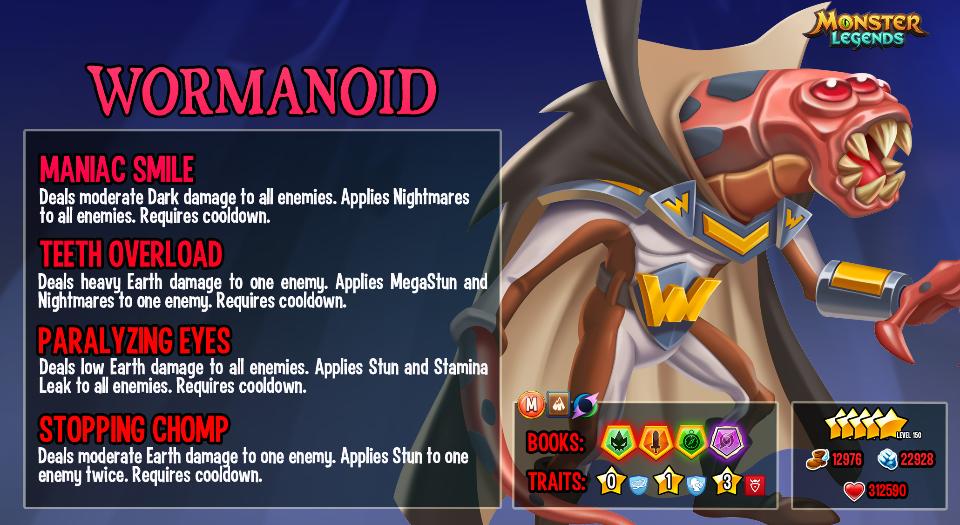 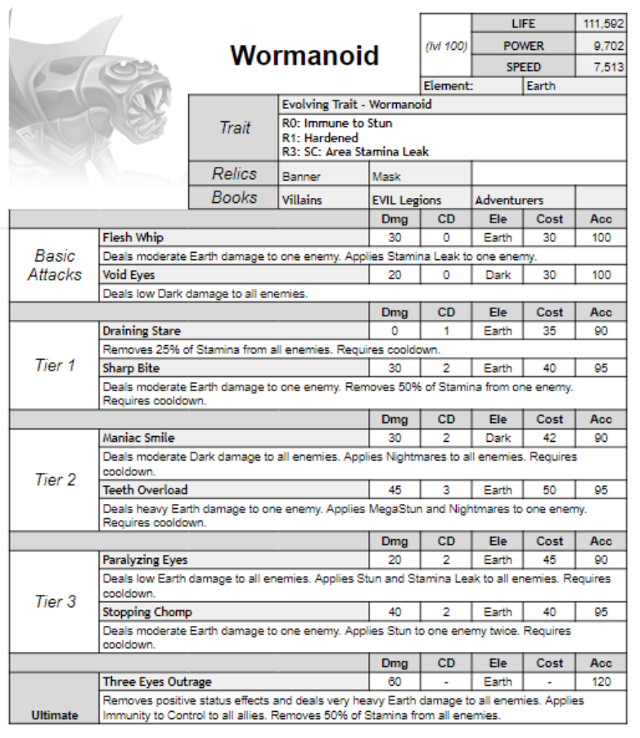