This barbarian was killed by orks of his own tribe when they discovered he was plotting against their leader. However, after his death, his soul was released into the universe and, no one knows what happened out there, but the fact is that Dork's soul traveled back into his body and he resurrected.
When Dork woke up after dying, all the other orks were shocked. They interpreted that it was his destiny to rule, so they immediately turned their back on their previous leader and started following Dork's orders instead. His is an extraordinary case!

Dork is a Dark Attacker with Skill Mirror and Damage Protection skills. He can also apply Daze and Nightmares to his enemies. 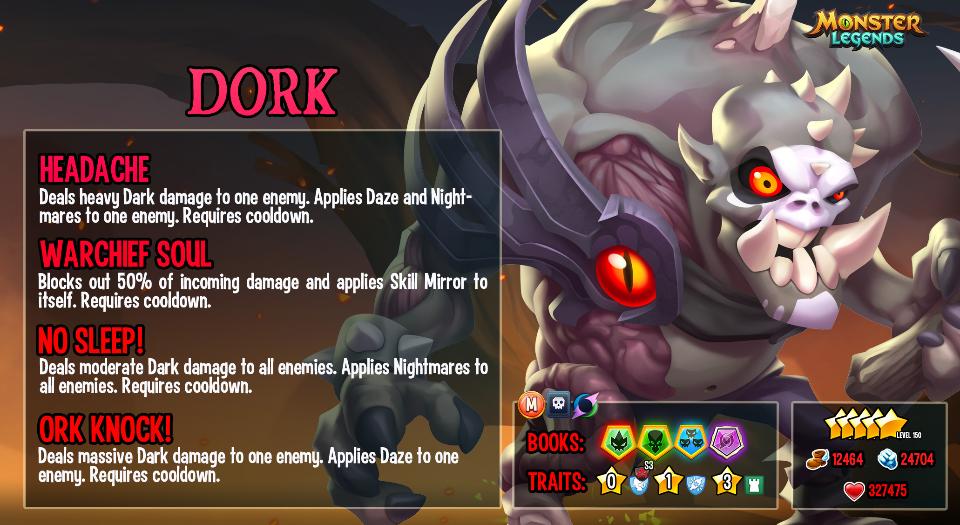 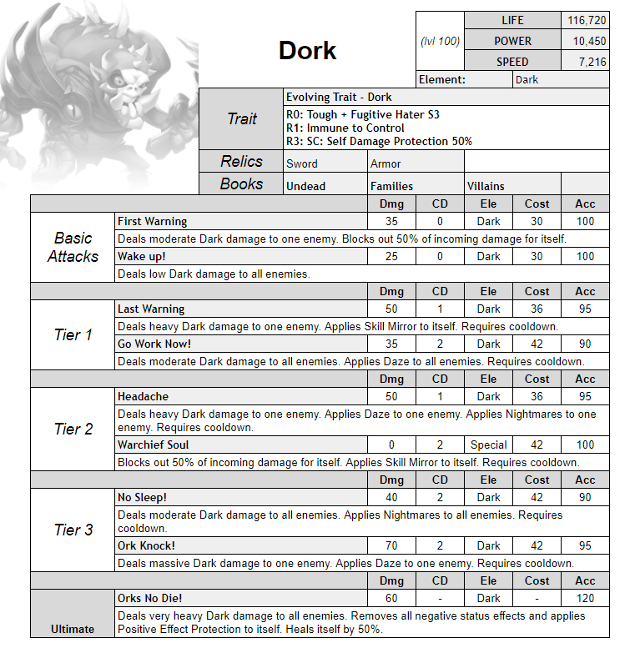