"No one knows Butcherang's birth name. No one had even given him a name until he started playing around with his giant steel boomerang. Before that, monsters just called him ""the savage kid"". He was abandoned in the Wastelands as a baby, but that doesn't mean he grew up alone or feeling lonely. Wastelanders raised him as a group. Butcherang spent his childhood playing all around the Wastelands, and he made friends even on the inhospitable Wastelands Desert. The Baroness and her crew were the only ones to dislike him because he had more general acceptance amongst the inhabitants of the area than they ever had.

Wastelanders did a great job raising this unique monster. However, they made a bigger effort teaching him how to fight and find food than teaching him how to speak. For this reason, Butcherang isn't a great orator, but he has his own way of communicating with others. 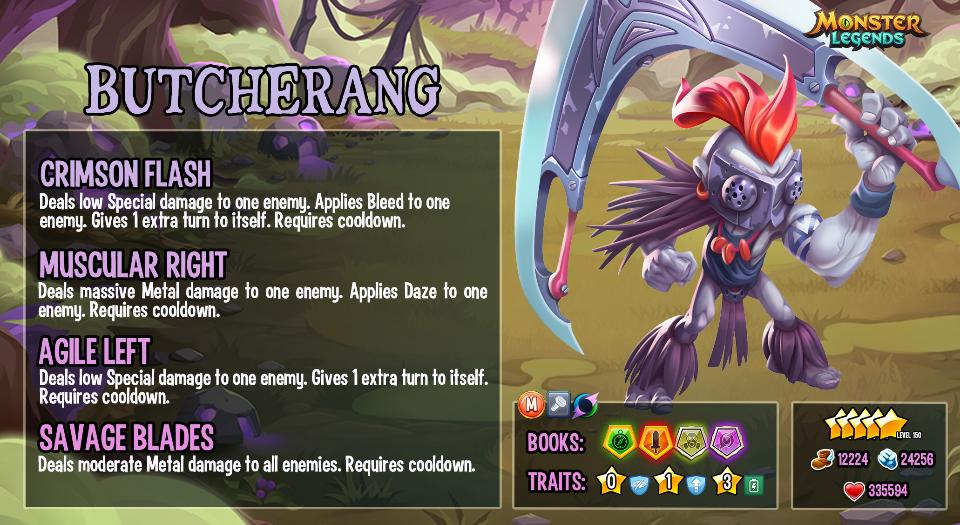 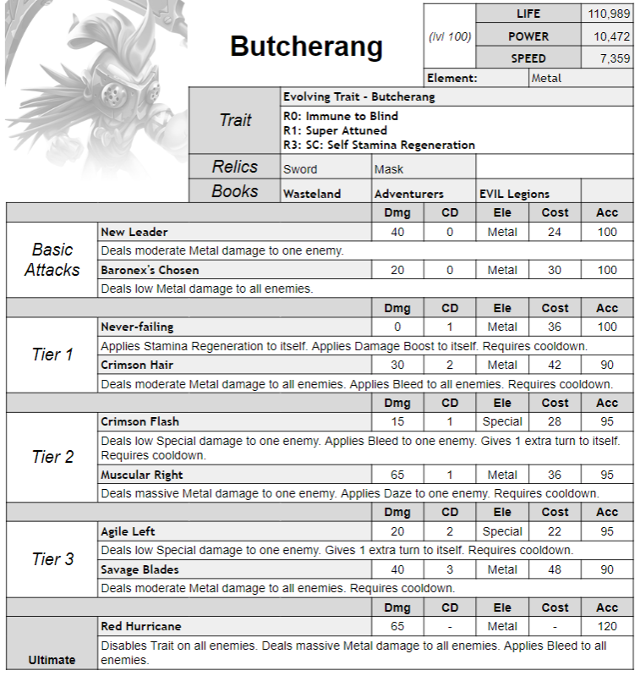