When Malairion started his project for The Shelter and the Nebula Multiplier, he was counting on many enemies trying to destroy his plans, but he had never thought of insects as one of those enemies. After he chopped down almost every tree in the city and covered every piece of wood with iron, he left termites with nothing to eat.

Unfortunately for him, these bugs aren’t going to give in without a fight. Their leader Thermagorn has a plan to hollow out the ground under The Shelter’s main building. It might take him long to make it, but he’ll get there eventually!

Looks like Malairion has another setback to deal with, and this one he didn’t see coming.

Thermagorn is an Earth Attacker with Guard Down, Death Countdown, and Immediate Death skills. 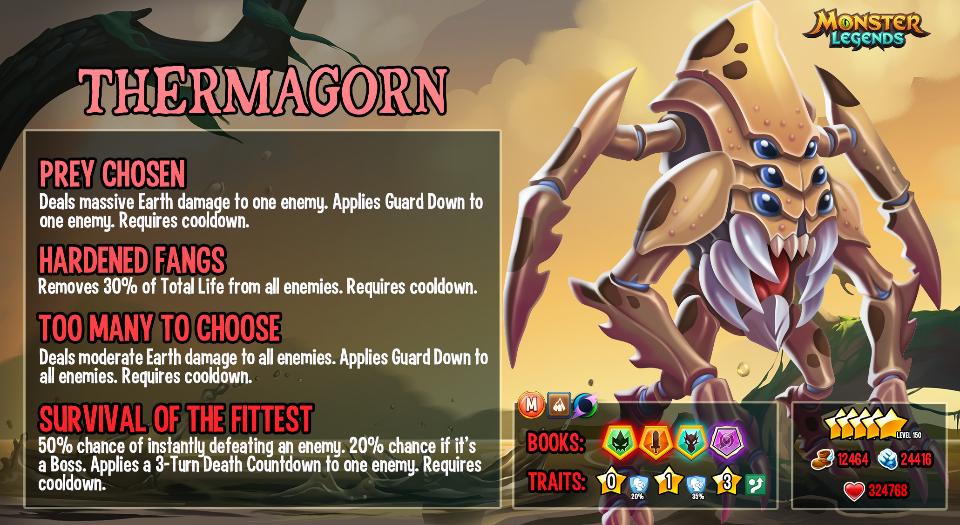 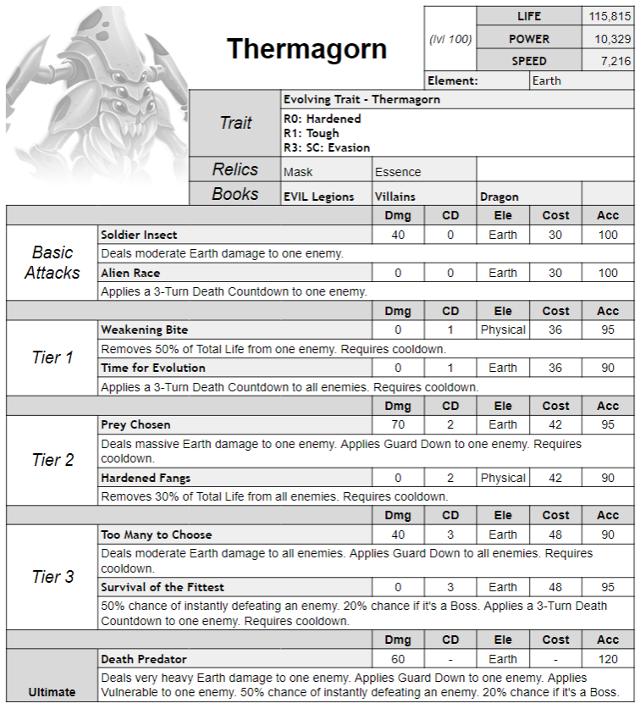