Malairion's project is going according to plan. His latest idea was to install a device under Nautick's shell to gather the rays of sunlight that reach the most superficial part of the oceans of Elektra. Nautick's psionic powers then allow him to telepathically transmit all that energy right into Malairion's Nebula multiplier. This makes Nautick both an outstanding creature and a fine piece of technology.

Nautick is a Water Controller with Stun, Poison, and Total Blind skills.

Evolving Trait:
Rank 0: Immune to Control
Rank 1: Tough
Rank 3: Status Caster - Applies Minor Blind to all enemies at the start of the battle 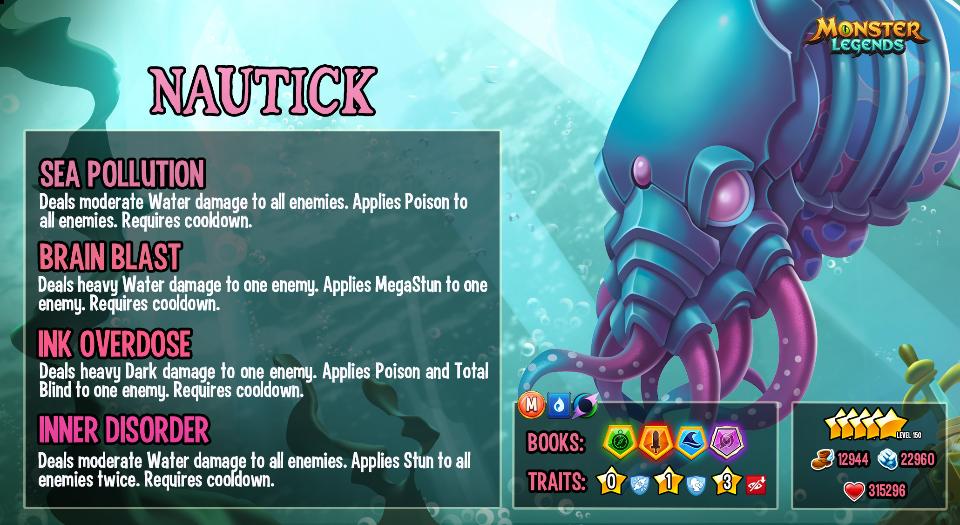