The miner dwarves were working inside a cave at the heart of a mountain, trying to separate a gemstone from the rock, when a voice coming from right in front of them said "Ouch! Careful there! That's my staff!" The miners looked at each other and then back at the rocky wall. By taking a closer look, they realized that there was a silhouette holding something that indeed looked like a staff.
They were still confused and trying to figure out what they'd found when the voice spoke again: "What are you waiting for? Chip around me, get me out of here!" It wasn't an easy task, but after some long hours, they finally made it. They freed the owner of that voice from the rock.

It was a monster like them and, as he dusted himself off, he told them that his name was Ryclops. He was a guide of the mountain region and, long ago, as he helped a traveler across the range, he was caught in an earthquake. He was able to save the traveler he was helping, but not himself. He had remained trapped inside the mountain until that day and, hadn't it been for the miner dwarves, he would've probably stayed there forever. 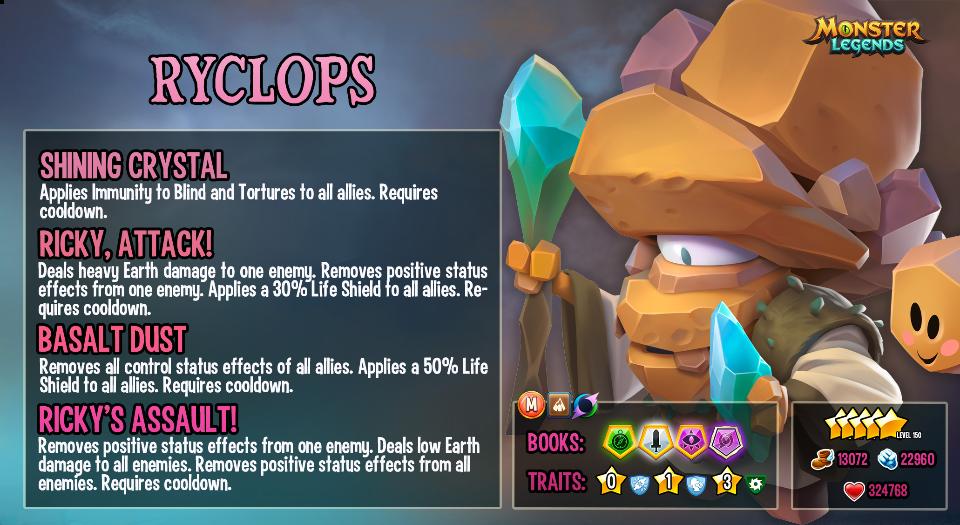 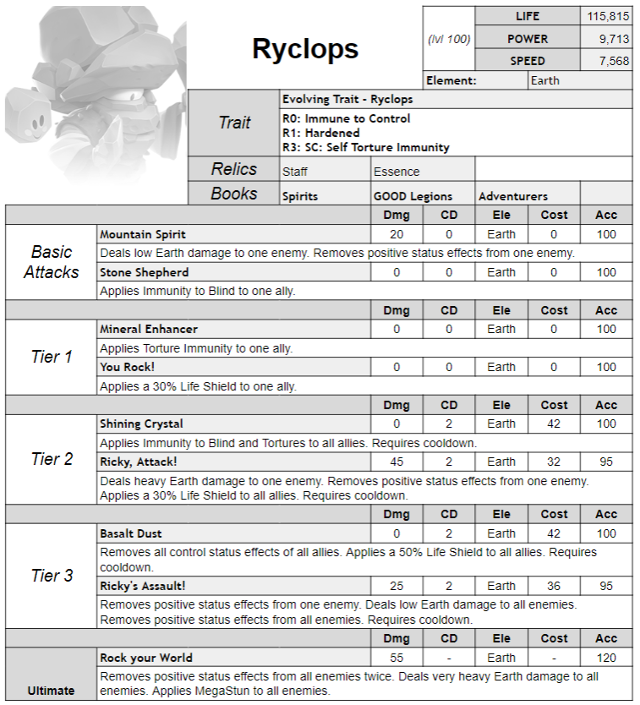