There was a time when there were several gang bosses in Monstown, but that time was long ago. For years, Al Canine has been the top dog, with no competitors who dare to stand up to him. Sometimes they sneakily report him to the police, and sure, Al Canine has been in jail more than once, but he’s never there for long. He always bribes his way out. Moreover, he’s made some of his best alliances in jail, where he used his power of persuasion to recruit low level criminals and turn them into his gangsters.
Al Canine had thought that things couldn’t work better for him, but then, one day, Malairion knocked on his door, made him an offer he couldn’t refuse and, after sealing the deal, he transformed Al Canine into Don Canine, the new gangster boss in Monstown.
Don Canine is a Light Controller with Cooldown Activation and Stun skills. He has an Evolving Trait: At rank 0, he's Hardened, at rank 1, he becomes Tough and, at rank 3, he'll gain Immunity to Control at the start of every battle. 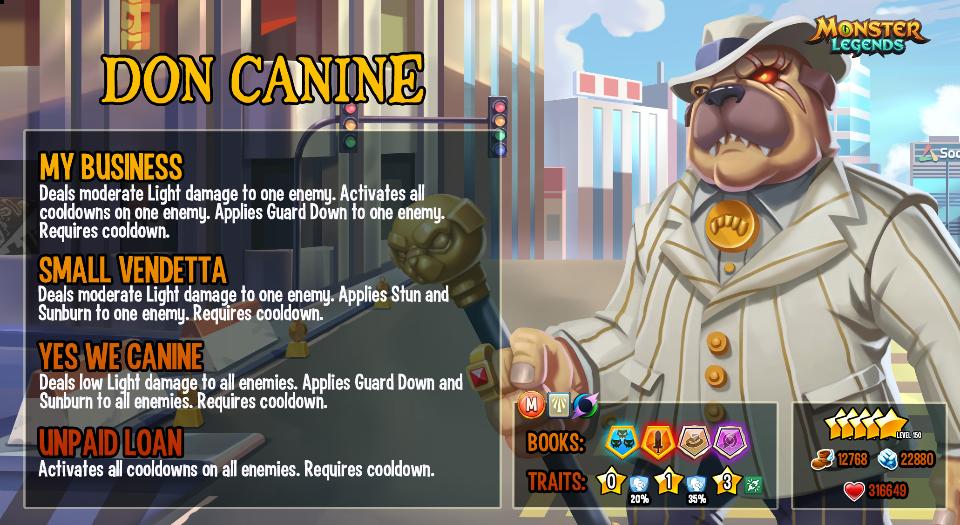 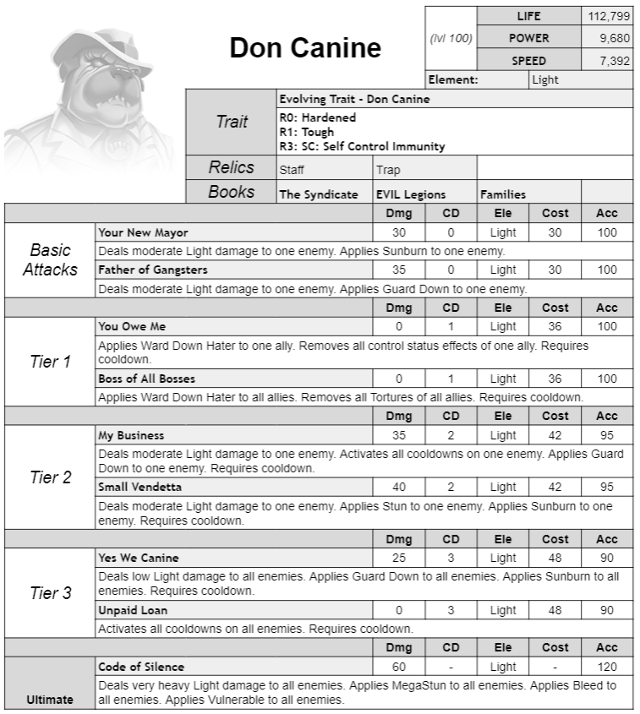